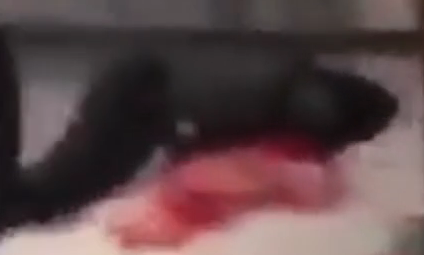 This picture is from a video taken inside one of the classrooms inside Marjory Stoneman Douglas High School in Parkland, FL. It purports to show the body of someone deceased on the floor next to the doorway. After pointing the camera at the body, the student then runs outside through a hallway, over other dead bodies.

But take a close look at the picture of the body in the classroom. Something looks very wrong with it:

This body has no arms. The face is colored the same as the body.

This makes no sense. There’s no splatter, just a pool of fake-looking blood underneath. Also notice the lack of blood on the body itself – it’s as if the blood was placed on the floor first, and the dummy placed on top of it.

Let’s look at another picture posted to Snapchat: 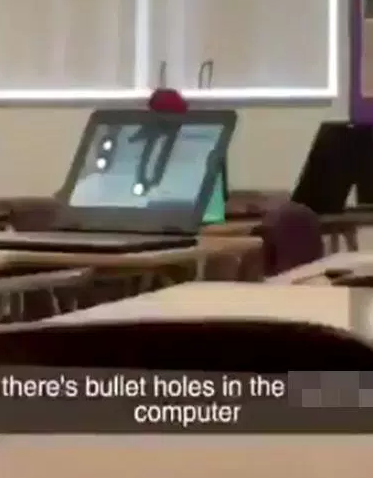 Are they seriously trying to tell us that three gunshots hit that laptop monitor? That screen would have been BLOWN AWAY. If you flick a laptop screen with your finger, it moves. A bullet would have completely destroyed it.

You can believe whatever you want. This smells like more Jewish deception to me.

“How could you call it fake? There’s all this footage!”

I don’t know if it’s fake, but it’s SUPER fishy. Someone needs to explain to me why dozens, maybe hundreds, of pitiful Jewish actors descended upon the news trucks to give their false accounts of the shooting.