In this post, I will do my best to explain how the Marjory Stoneman Douglas High School shooting was a manufactured event by the global elite, and not the action of a lone student gunman. I am not making a video on this event (yet) as YouTube struck me for my last video exposing a school shooting, in which I correctly predicted the shooter’s gematria.

13 and 33 are the primary hoax codes. See why. The shooter was named Nikolas Cruz.

This reminds me of the Sandy Hook hoax:

That shooting was exactly 1,888 days ago.

Including the end date, this is exactly 1031 weeks after. For some reason, they’re reporting the shooter weighed 131 pounds.

Marjory Stoneman Douglas died at the age of 108. This shooting fell 10 months, 8 days after what would have been her 118th birthday. 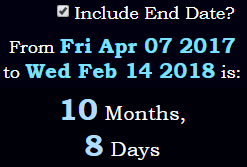 This is a big nod to 1331, perhaps the most significant of all numbers. Remember, 1331 has to do with total eclipses, as explained in the linked post.

Freemasonry was founded in 1717. They’re saying 17 students were killed.

See my other post that explains how Freemasonry is obsessed with total solar eclipses.

Measuring to the Jesuit Order’s birthday:

It’s been 177 days since the Great American total solar eclipse.

The high school was founded in 1990, making it 28 years old this year. This syncs up with the school’s Ordinal gematria.

Their mascot name is the Eagles. This shooting falls 10 days after the Eagles won the Super Bowl.

The circle is the mark of the Beast. To get the circle, you use pi, or 3.14. The mathematics of the circle are key to unraveling government propaganda.

The shooting fell 314 days after what would have been her birthday.

Without exception, there are significant numbers when measuring to the date the mayor of the city with the false flag was sworn in. Parkland’s mayor, Christine Hunschofsky, was sworn in on 18-Nov-2016. 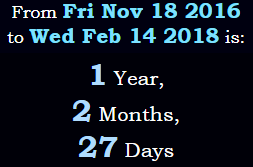 The school is located in:
“Broward County, Florida” = 244 (English Ordinal)

Even the principal’s name is coded by the numbers. The school’s motto is:

The principal’s name is: