h/t to Sam and his post on The Hidden Well regarding Jim Varney, reminding me to complete a post on him.

I looked at his death a while ago and found some interesting things, but didn’t have a blog at the time and didn’t feel like going through all the work of making a PowerPoint.

He was known for playing the character Ernest P. Worrell in many films.

In gematria, eclipses have a lot of overlap with circles, which is logical, considering an eclipse is the intersection of the two largest circles in the sky.

His date of birth had a life lesson number of 44.

One more look at his place of birth:

Measuring instead to his next birthday:

Measuring from his death to the second Great American total solar eclipse: 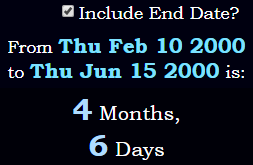 He died in White House, Tennessee.

If you’re familiar with any of my work, you may have caught wind of the fact that 1331 is my favorite number. It has everything to do with solar eclipses, as I explained in this post.

So doesn’t that make THIS interesting:

The 1260-week measurement shown above also equates to just one day shy of 290 months.

See more on why 290 is significant.