Video for this post  |  The Miracle on the Hudson (Wiki)

The circle is the mark of the Beast, and it’s the mainstream’s favorite thing to code into their propaganda. The number of the Beast is 666.

That’s a lot to begin with, but it’s important to understand. Our first clue to the riddle lies in the gematria of “Hudson River” and “Airplane”, the two objects that met that day:

Well, that’s interesting. The hero, the pilot of US Airways Flight 1549 , was a man nicknamed Captain Sully.

He was known more commonly as “Sully Sullenberger”.

This event was an allegory of an eclipse, where the moon eclipses the sun.

The reason the plane had to make an emergency landing was because of trouble with is engine.

The engine problems occurred when the plane flew into a flock of Canada geese just northeast of the George Washington Bridge.

The sun is 93 million miles away.

This event occurred on the date 1/15.

In the movie, Sully was played by Tom Hanks.

Could this event be a hoax crafted by the upper tiers of masonry?

Sully’s age on the date of the emergency:

They appear to have chosen an appropriate flight number for this ruse:

Measuring to the 2017 Great American eclipse:

There were 155 people aboard, all of whom were rescued safely.

In the linked Wikipedia article, the NTSB calls this event “the most successful ditching in aviation history” = 244 (Reverse Full Reduction)

The 244th prime number is 1569, the number of the flight involved in the incident.

This was in the Hudson River. As made famously known by JEWrassic Liars (at least to me), the “Son” is the big hoax code. Another hint is that this occurred right off of Midtown Manhattan. M.M. is like a sideways 33, another big hoax code.

Sully Sullenberger’s initials are S.S., the 19th letter.
Measuring from the date of the Miracle on the Hudson to the movie “Sully”, which came out in 2016: 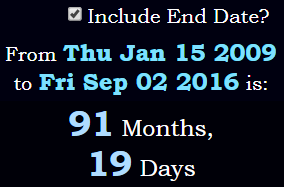 To keep this mercifully short, I’ll point out the third and final quote in the header section of Wikipedia, who labeled this as a:

What about the math of the circle?

So isn’t it interesting that this plane landed on the Hudson at exactly 3:31 pm?  Watch here