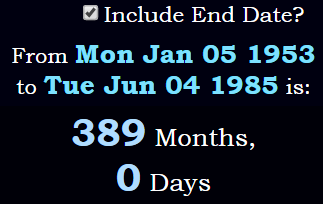 Saturn is sometimes called the all-seeing eye. If an all-seeing eye is real, and it’s helping guide our lives, then maybe it also leaves hints, cluing us in to its existence.

It’s ironic now, given my work on rigged sports, but my first employer was actually Jim Gantner, a guy I used to watch play baseball for the Brewers when I was really young. For all the smack I talk about athletes, I should let it be known that Jim was truly an awesome guy, took a liking to me and actually helped convince my mom to take me out of school. By my Junior year, I just felt like I was in hell there, so it was a blessing for my mom to be able to homeschool me.

Gantner and his wife opened up a coffee house in 2001 called “The River,” or “The River Coffee House”. This might only be partially organic; Jim was a successful big-leaguer, so I it’s possible he or someone he knew had knowledge about gematria.

The coffee house was Christian-themed. A Bible study was kicked up after several weeks, and it was there I unexpectedly found God. This was all a couple of months before 9/11/2001.

It was during my time there that I discovered DDR. I wound up losing almost 40 pounds in 2 months, became really good at at the game, and won tournaments in four different states.
“Dance Dance Revolution” = 88 / 205 (Full Reduction / English Ordinal)
“All-seeing eye” = 205 (Reverse Ordinal)

The first time I got permanently hired through the agency was at BankOne. BankOne doesn’t have Saturnian gematria, but I do find it odd that the department I worked in, which was technically my role’s title, was:

While writing the above section, I saw “BankOne” = 62 (English Ordinal) and “BankOne Vehicle Finance” = 97 (Full Reduction), which I ultimately decided not to mention because it’s not really related to this post.

I then got a phone call from a phone number I don’t recognize, which I typically don’t answer, but I decided to this time out of curiosity. It was some debt collector who either had the wrong number or was trying to fool me. Anyway, they called me at 6:40 my time. I go by Gematrinator_64 because my birthday is 6/4.

JP Morgan Chase bought BankOne, and our roles ended up getting axed. The next temp job I had was at:
“Metavante” = 142 (Reverse Ordinal)
“Derek Tikkuri” = 142 (English Ordinal)

After that job ended, I stopped working for a while and began playing online poker. I was able to make some money playing Texas Hold ‘Em tournaments, but the real profit at the time was in Five Card Draw, which had just several simple rules to follow that guaranteed profit. This worked for about 5-6 months, before more people finally caught on to how to play. I made over $25 / hour over that time frame.

In 2006, the same friend I’ve since had a falling out with got me work at two different places:

After a brief stay in California, where I worked just one job for Kelly Services, I wound up getting hired at a company that was being contracted by General Electric.

It was during my time there I met my ex-girlfriend. We dated for about 7 years, living together for 2 of them.

After a few years being employed to a contractor, I fell into the good graces of the brass at GE for re-building their supply chain tools from scratch and drastically improving efficiency and accuracy. They wound up hiring me into GE Healthcare:

The past 14 months, I’ve been focused on the “Gematrinator” = 93 (Reverse Single Reduction EP)

This is a wild place.