Jerry Van Dyke passed away on January 5th at the age of 86. He was known, especially among people my age, for his role on the television series “Coach”, which ran from 1989 to 1997.

He was born on the date written 7/27. Measuring from the last episode of “Coach” to Van Dyke’s death: 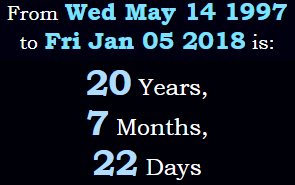 NOTE: Coach ended in 1997, the same year Brad Johnson threw a touchdown pass to himself as a Minnesota Viking. See more on this riddle in this post from yesterday.

Van Dyke was in “declining health” in the past couple of years since surviving a car accident, but no exact cause of death was given. Could he have died naturally? Of course. But the timing is intriguing, as always.

Consider that in his last famous role, he played an assistant for the football team at Minnesota State University, a team with purple as its main color. This year, the Super Bowl is being hosted in Minnesota, where the purple Vikings play.

Also worth noting – Minnesota State was a fictional school when “Coach” was on the air. Now, the university at Mankato claims the “Minnesota State” moniker. In the television show, the team’s nickname was the Screaming Eagles, and the Eagles have been a centerpiece of this year’s Super Bowl riddle all season.

This post isn’t necessarily going to be so much about the numbers around his death as it is the clever gematria of his name, which as I so frequently uncover, is based on the numerology of the Book of Revelation.