As I’ve exposed, it’s not just national news by the numbers – this happens on the local level as well.

Without even looking at the numerology, first note that this man has the same initials, R.R. Normally, only about 1-in-20 people should have the same initials, but far more often than that, characters in the news have this trait. He also has a Z in his last name, another hoax hint.

This murder occurred in the city of Hales Corners, WI.

The verdict is being read today, January 5th. Measuring back to the 2017 Great American eclipse:

The murder occurred on March 18th. Measuring from that date to the same eclipse: 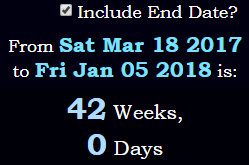 Rozewicz is 42 years old. In Revelation, the Beast rules for 42 months.