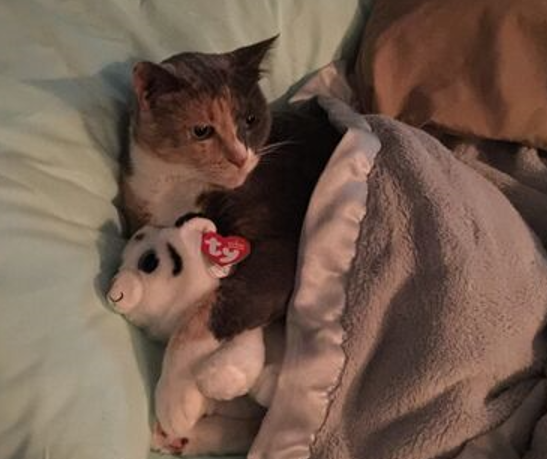 After a life that spanned 17 years, nearly 13 of them in my home, Phantom went to kitty heaven yesterday. Following several trying weeks of helping her around the house so she could continue enjoying the end of her cat life as much as possible, the time had finally come.

I knew it would be tough to lose a pet, but I honestly didn’t anticipate the type of grief I’d feel. It’s almost a bit fascinating, considering how I’ve always been an emotional rock at funerals. Readers who want to see the numerology will find what they’re looking for towards the end of the post, but since writing is the only way I know how to deal with anything emotional, you’ll have to scroll past some words first.

She already had a name when I got her. My name happens to match hers in important ciphers.

Virtually nothing in my life today in 2022 is the same as it was in 2009. It was two years after I moved back from California and began working at GE through a temp agency, and one year after I began dating my ex. Although far from happy and fulfilled, I felt like I had begun settling into adult life.

My landlord at the time had a no-pet policy, but one day told me he would allow a cat in the house for a small monthly fee. Given that I was working full-time, regularly traveling, spending weekends with the lady and going out during the week, having a dog didn’t make much sense. I’d always had cats growing up and figured one would make an ideal pet.

The sweet four-year-old Calico I met at the previous owner’s house turned out to be a bit of a psychopath when she got to my home…it’s hard to tell if she had some old trauma, or just REALLY did not like the change of scenery. Whatever it was, it took a few months of routine TLC before she really began to chill out, and after a couple of years, almost all of her aggression was gone.

During that transformative period for her, it also dawned on me that I was beginning to chill out. Having a cat who was always next to me and always purring had some sort of positive effect on my well-being. For the first time ever, I was feeling comfortable at home, and the restlessness I felt from thinking I was always missing something fun was slipping away.

With the extra time I began spending at home, I taught myself how to program, which led to a self-proposed project for work that got me hired into GE Healthcare a couple of years later. I constantly found myself working on new projects and databases for a couple more years until I found gematria around early 2016 and…well, here we are.

Now, I’m not saying that I wouldn’t be the Gematrinator without Phantom in my corner – we all know by now that fate has a strange way of working things out. But I definitely believe that her loving spirit was sent here to help guide me on my path; a guardian angel dressed in fur, perhaps. We can all dream, right?

For many years now, I’ve been blogging about numerology and how it is intertwined with astrology – particularly total eclipses.

Phantom’s final day was May 16th, 2022. That was the same date that a total lunar eclipse ended here in the United States, which would have been visible from my house had it not been for all the clouds. I mean…of course I would lose my pet on the date of a total eclipse, right? My parents even lost their dog on 8/21/2018, which was the first anniversary of the first Great American Eclipse.

Herein lies some hidden truth about this practice and what we’re all doing. This is truly a form of “magic” – put enough focus, energy, and belief into something, and the likelihood of a future synchronicity to manifest goes up exponentially. I constantly tell people that our own lives, in addition to fake news, all play out in relation to eclipses, and here I am experiencing tragedy on the date of one.

So we have our base – Phantom and Total lunar eclipses. Well back in 2018, I just so happened to make this post, which explained how the Empire State Building’s tribute to the musical Phantom of the Opera was actually an occulted Total Lunar Eclipse ritual. The lunar eclipse that month fell on 1/31, while yesterday’s eclipse belonged to Lunar Saros #131.

The first-ever performance of the musical The Phantom of the Opera was held on October 9th, just a year after I was born:

This past Saturday, I helped my cousin Chad move into the first house he’s ever purchased. Chad also has a bit of a celebrity in him, as he and his brother have taken their magic act to several of the local news stations.

Chad was the only person who texted me while I was at the animal hospital on Monday. His birthday is October 9th, the same date that The Phantom of the Opera debuted.

Phantom’s last day was on the date leaving 229 days on the calendar:

The original author of The Phantom of the Opera, Gaston Leroux, died in 1927.

Yesterday had Primary numerology of 63:

Leroux died on April 15th, which is the birthday of my ex, whom the cat and I lived with for about two years. The date can be written 4/15 – my bill at the emergency vet’s was $415: 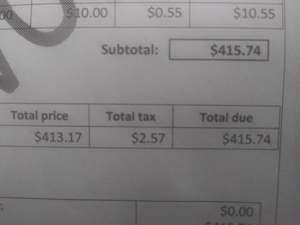 It was exactly 99 weeks before the next Total solar eclipse.

I don’t know her date of birth so this is all we’ll get. But it’s still more than enough for me to know it was all supposed to be. 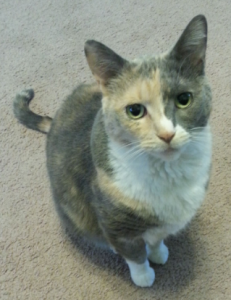