Leslie William Nielsen was born in 1926.

The name Nielsen reminds us of the Nielsen ratings, which are used to determine viewership of television shows. The year before Nielsen’s death, Analog television was killed off.

The end of analog television was in 2009, forcing a change to Digital television.

The deadpan character he was best-known for originated in the classic 1980 film Airplane!

Airplane! was released exactly 1106 weeks before the attacks of 9/11, and 11106 days before the death of Leslie Nielsen:

Airplane! has Ordinal gematria of 76.

Nielsen’s success as a comedy character earned him the lead role in the Naked Gun trilogy.

The Sun is approximately 93 million miles from Earth on average.

The date he died had numerology of 69 and 42, and left 33 days on the calendar, syncing up with the base values for the word Eclipse:

Nielsen was born on the 42nd day of the year:

The word “liE” also resembles the number 113, which is the primary number of deception: 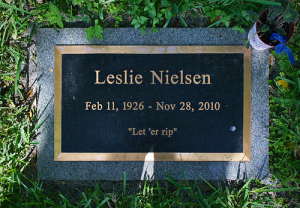 If you instead measure from his death to the next annular eclipse, you get exactly 77 weeks:

He was the star of the Naked Gun series.

The final Naked Gun film was released on the 77th day of the year:

That date had Primary numerology of 134: 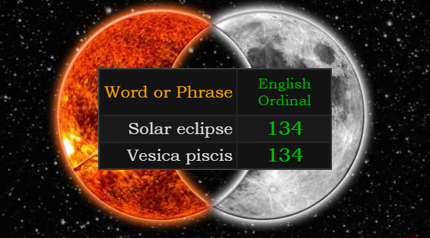