Yesterday, I made this post about the death of South Korean pitcher Sang Ho Baek from Tommy John surgery, which had just made the headlines.

What are the odds that the same night, rookie South Korean rookie shortstop Ha-seong Kim replaces an injured Fernando Tatis Jr. and hits a game-winning home run in the eighth inning?

This game fell on Juneteenth, the first time it’s been officially classified as a federal holiday. In my video on Juneteenth, I pointed out how significant the number 33 was to the date, as this year is 156 years after the original Juneteenth, and it falls on a date with 66 numerology:

Although Juneteenth was established to celebrate the end of African-American slavery, it’s been Asian people who have seen a notable increase in hate crimes perpetrated against them, depending how much you believe from the media, following the “pandemic” which allegedly originated from China.

In order to combat this, an organization called Stop Asian Hate was formed, seemingly in a similar vein to Black Lives Matter. 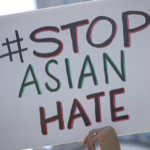 The number 33 is often coded into stories of sacrifice, tracing back to the story of Jesus Christ, who is said to have been crucified at age 33 in 33 A.D.

In the 33rd verse of the Bible, God rests on the seventh day:

News of Baek’s death, and Kim’s winning home run, both fell One week, or Seven days after he died:

South Korea has gematria of both 133 and the 33rd Prime number, 137, syncing up with Kim’s team, the San Diego Padres.

On Juneteenth, South Korean president Moon Jae-In had been in office for 214 weeks, or 1501 days to be exact:

On the 146th day of this year, we had a highly-significant Total Lunar Eclipse:

Kim is currently 25 years old. This is a number both he and Tatis’s common names share in gematria.

On the date Fernando Tatis was injured, Ha-seong Kim was a span of 246 days after his birthday and 120 days before his next:

The letters that make up their names in Korean even have matching gematria.