In order to properly understand the numerology of this incident, we must first understand the ridiculous numerical links between the Indonesian president, Joko Widodo, with former United States president Barack Obama.. See my recent post breaking down those connections.

The sinking of the Indonesian submarine KRI Nanggala appears to have been a ritual connected to the October 2018 plane crash of LionAir Flight 610 in Indonesia, which killed 181 passengers.

Obama was the first US President to be at least part-black. The number 42 is stamped negatively on black people by the media throughout history. 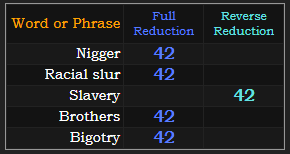 Notice how the submarine’s order date had Primary numerology of 102:

102 is also found in the gematria of a couple of those words:

Obama was born on August 4th, or 8/4. This submarine sank off the coast of Bali.

The KRI Nanggala sank 905 days after the LionAir plane crash:

The date of the LionAir crash had Primary numerology of 77:

The plane that crashed was delivered 77 days before the incident. This was a big number in the 9/11 attacks – of course, Flight 77 crashed into the 77‘ high Pentagon on the 77th meridian 77 minutes after takeoff at 777 feet per second. This crash was also 777 days before the significant “Jesuit” Total Eclipse of 2020.

The KRI Nanggala was ordered in ‘77

The sub was found 3 days after it sank, on a date with a 33 Life Lesson number:

That original launch date had a Life Lesson number of 50:

This reminds us of the Lion Air crash, which also had a Life Lesson number of 50:

The submarine was launched in the year ‘81.

We’re told that 53 people died on board. Joko Widodo was 53 years old when he became President.