This is amidst the Coronavirus pandemic, which has been portrayed as a Plague. It declared a National Emergency on the date leaving 293 days in the year:

J.R.R. Tolkien’s The Return of the King was published on the 293rd day of the year. That’s also the birthday of current VP Kamala Harris:

SUEZ is ZEUS backwards. Zeus is the father of Mercury, which is associated with Jesus in mythology. See Rambo’s work for a wonderful breakdown of that riddle.

Many people believe the true date of Jesus’ birth was on September 11th, or 11/9.

September 11th is written as 9/11 in the United States.

The Ever Given got stuck exactly 1019 weeks after the 9/11 terror attacks. Measuring to the date the ship got loose is a span of 7140 days:

George Floyd, who was in the headlines today in a very obvious numeric riddle, was killed by the Fraternal Order of Police.

Ever Given…Given birth? The Ever Given was birthed from the canal on the 88th day of the year:

The Wise men are depicted as kneeling before the newborn Savior. 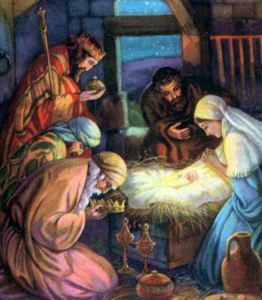 This is the same day they changed the time regarding how long Derek Chauvin’s Kneel on Floyd’s neck lasted:

Recall it was Colin Kaepernick who began the trend of Kneeling for the national anthem:

This is an interesting story to happen while the vaccines are rolled out. The most likely theory I’ve seen is that the mRNA vaccine will cause mass infertility.

Today, the courts added 43 seconds to the amount of time that officer Derek Chauvin knelt on George Floyd in a ritual connected to the killing of Jesus Christ.

It’s taught that the crucifixion occurred on 4/3:

It’s also taught the crucifixion happened between 9 am and 3 pm:

George Floyd graduated in ‘93. He died in “Minneapolis, Minnesota” = 93 on the 93rd meridian in a riddle connected to “Martin Luther King Jr.” = 93, whose birthday falls 93 days after Floyd’s.

Today, Kanye West is in the news because he will be talking about his album Yeezus (Jesus) on the Dissect podcast:

The ship originally ran aground on the 82nd day of the year: 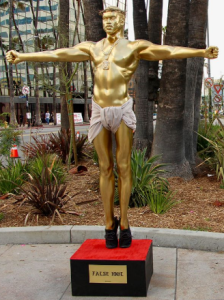 This statue of Kanye Omari West was in Hollywood, California.

A Saros cycle, which allows us to predict eclipses, is 223 lunar phases long. This is the Hebrew value for The Moon, which has a 57° range of declination.

445 is the value of the phrase in Hebrew used for Total Lunar Eclipse.

It was 69 days before his birthday:

John 3:16 is the famous Bible verse about God sending his Son: