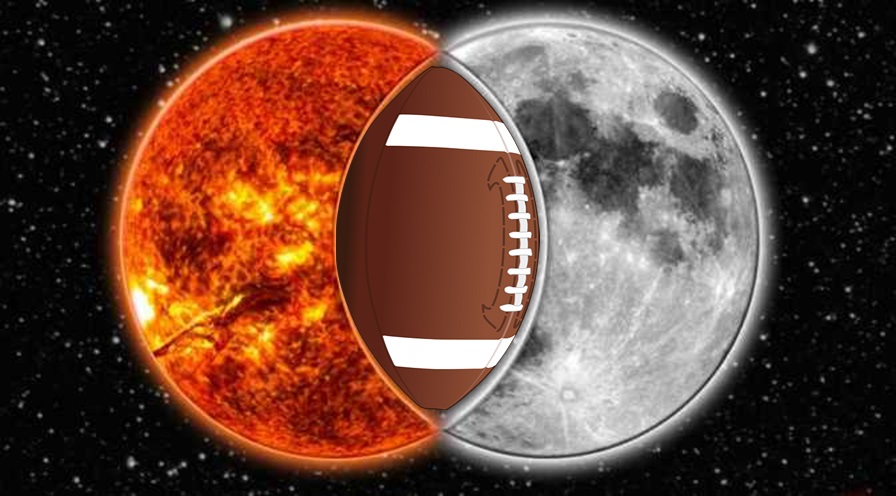 American football is the most popular sport in the United States, long ago surpassing its national pastime, baseball. This complex game involving a combination of rugged physicality, fast-twitch reflexes, and split-second decision-making, all requiring militant coordination from the sidelines and press boxes, has captivated the men in this country, a large percentage of whom plan their whole weekends around the NFL’s schedule.

As exciting as football is, there’s far more to uncover for those who seek deeper knowledge about our world. Let’s decode the game of football and explain how the National Football League evolved by the numbers.

For the sake of brevity, I will only be focusing on one team in this decode – the team I grew up watching, the Green Bay Packers. The Packers are unique to American sports, as they are the only team without an owner or ownership group, instead being owned by the fans through a shareholder program. Green Bay has won far more NFL championships than any other team, tallying 13. No other team is even close – the Giants and Bears are both in second place with eight. The Packers have been there since the beginning, and are synonymous with football history.

We begin with the shape of the football, which is known as a mandorla, or the vesica piscis. This is the shape created when two circles of the same size intersect, with each circle’s perimeter overlapping the center of the other one: 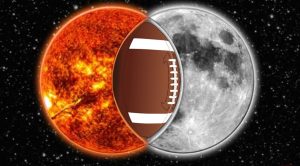 The astrological representation of the vesica piscis is a solar eclipse, where two celestial objects that appear to be the exact same size from Earth intersect with one another. Vesica piscis translates literally to fish’s bladder, and is also representative of the womb. Notice how these all sum to 53 in basic gematria like solar eclipse:

See my post on how important this number was in Super Bowl 53, which was a numeric tribute to the ’53 NFL Championship. In the NFL, rosters must contain 53 active players on each team. The field is also 53 yards wide:

In Hebrew, both total eclipse and solar eclipse have values of 83. This is the Ordinal value of football.

During a game, there are 22 players on the field at all times. 22 is a master number.

22 is the Master builder number, which has matching 220 gematria with National Football League.

In numerology, 220 represents the number 22. So does the number 202, which is the Ordinal value of total solar eclipse.

The first Super Bowl was held in the year ‘67.

The Packers play their games in Green Bay, Wisconsin.

In their first season, the team’s name was the Acme Packers.

The year 1919 was highly-significant for eclipses. The Earth saw its longest total solar eclipse in 503 years, and the longest annular eclipse in 272 years.

That date had Primary numerology of 57, and was the 223rd day of the year:

The National Football League was founded the following year, in 1920.

Green Bay is home to the 920 area code. #92 of the Packers is retired for lineman Reggie White.

The Packers were founded by Curly Lambeau, who coached the team for thirty years, the first ten of which he also played on the field. Check out how his name overlaps with the team:

Lambeau, whose real first name was Earl, died on a date with Primary numerology of 91:

At first, it was called City Stadium. It opened in ’57, the Moon number from above.

There is a distinct connection with eclipses and Saturn. Most of us are familiar with the term Saturn-Moon-Matrix, and I believe this is because Saturn and the Moon are numerically connected. It takes the Moon 29.5 days to orbit the Earth, while it takes Saturn 29.5 years to orbit the Sun.

The word eclipse also has matching 69 gematria with Saturn.

In that English cipher, Saturn sums to 741, which is virtually identical to the value of Green Bay, Wisconsin.

Lambeau founded the Green Bay Packers when he was 21 years old.

When Curly died, he was 2.28 Saturnian years old.

After winning the first two Super Bowls, the Packers were mostly fodder for the league until the emergence of Brett Favre, who first led the Packers back to the playoffs after the ’93 season.