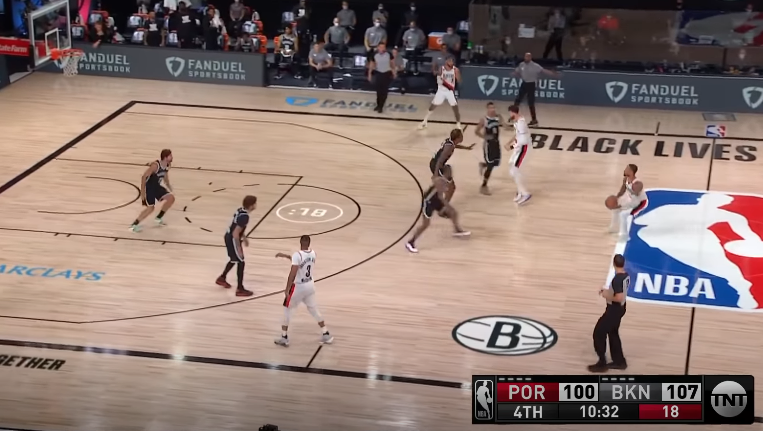 In my opinion, when it comes to sports rigging, no professional league comes close to the NBA when it comes to not only controlling the outcome, but performing certain plays at very specific moments in tribute to a numerical riddle.

I haven’t really dived into the theory of magnets or some sort of technological assistance in sports up to this point. Part of the reason is that if that’s what’s really happening, then I feel as if some simple video analysis could be done to essentially prove that, and I simply haven’t seen anything convincing enough yet.

While I maintain the stance that synchronicities alone do not constitute proof of rigging, plays must come into serious question when they fail to make any logical sense. A great example involves this play by Portland Trailblazer point guard Damian Lillard back in August, shortly after the NBA resumed its season in the Orlando bubble.

With ten and a half minutes left in the game, the Blazers find themselves down seven against the Nets. Lillard takes possession of the ball in the back court, dribbles a step past half-court, and suddenly pulls up for a ridiculously-long three-pointer with eighteen seconds still on the shot clock:

Granted, I only saw this play out of context from the rest of the game, but what was he thinking?! He could have easily taken another step or two without having to worry about the defender, but instead opts for a 43-foot jump shot that can’t make the coach too happy.

However, Lillard’s decision pays off, and he buries the shot, pulling his team within four points. My instinct instantly turns me to the scoreboard, and I quickly realize that the Blazers’ 103rd point went in the bucket with exactly 10:30 left on the clock: 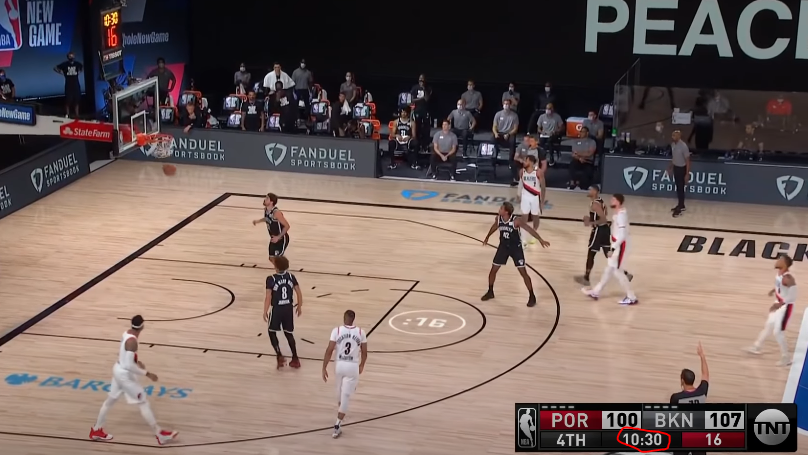 It’s no secret anymore that 13 is a highly-ritualistic number, and with the zeros ignored in numerology, we essentially have a double 13 on the scoreboard. Then I noticed that this game was played on the 13th of the month:

Without looking any further, I already know this must have been what I believe to be a ritualistic basket. What makes it especially strange is how the ball appears as if it may have been re-directed into the bucket in midair.

There is a camera behind each backboard positioned directly above the hoop. This means that the line of vision from one camera to the opposite hoop should be straight through the middle of the court.

Lillard releases the ball from slightly to the right of this middle line (from the camera’s vantage point). As the ball reaches the peak of its flight, the shot appears to be missing to the right: 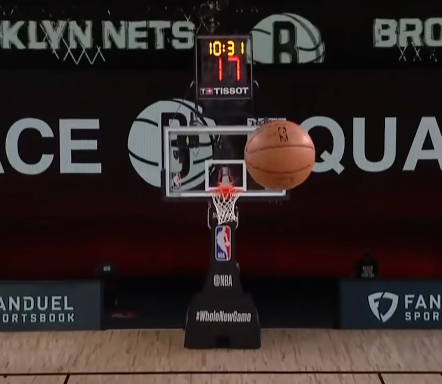 However, by the time the ball reaches the basket, it’s now directly below the camera, off the back of the rim, and in: 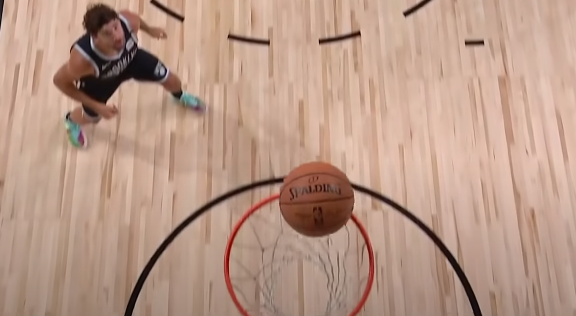 Was the backspin on the shot enough to correct its initial flight? Was the mid-air movement just an illusion based on where Lillard took his shot from? Or was some sort of advanced technology employed? It’s difficult to tell just by looking at it.

I would contend that this bucket was the perfect candidate for a shot that simply HAD to go in. Let’s investigate the numbers to see why.

This 589 matches the value in that same cipher of our current president, Donald Trump.

The birth of Donald John Trump and the crucifixion of Christ both occurred on the same date as a total lunar eclipse.

August 13th had Primary numerology of 61:

Learn how the number 226 is connected to the number 33. The Crucifixion of Jesus Christ is said to have occurred at age 33 on the date of a lunar eclipse.

His shot was from the NBA logo.

As mentioned above, the shot gave Portland 103 points with exactly 10:30 on the clock. Think about how the initials in Jesus Christ, J.C. are 10 and 3.

Trump was 74 years old. Check out how Lillard’s full name has matching Ordinal gematria with the team he’s spent all nine of his seasons with: