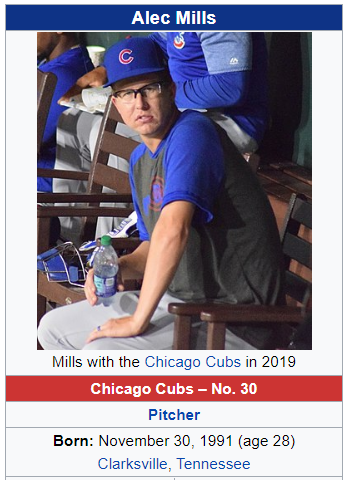 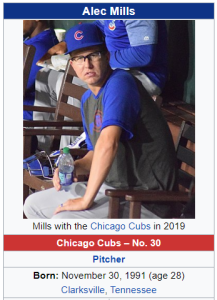 On September 13th, Cubs right-hander Alec Mills threw a no-hitter against the Brewers at Miller Park (think Mills / Miller). It was the second no-hitter in Miller Park history.

The first, and up until this week, only no-hitter in Miller Park history was a unique one – it didn’t even involve the Brewers.

Back in 2008, Carlos Zambrano, another member of the Chicago Cubs, threw a no-hitter against the Houston Astros in a game that had been moved to Milwaukee due to Hurricane Ike. 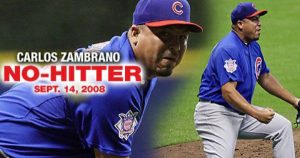 As it turns out, these no-hitters are numerically-related. Note the similar Jewish gematria of both pitchers’ full names:

Curse of the Billy Goat

The Cubs are legendarily famous for the Curse of the Billy Goat, which existed for the majority of their 108-year World Series drought.

That drought ended in 2016 during the 113th World Series. The game began on November 2nd, but ended after midnight on November 3rd, 11/3.

Alec Mills has the same gematria as Beast.

Why “The Beast” Riddle?

The number 216 factors down to 6×6×6, and of course 666 is the number of the Beast. Notice how the digits in 216 are found in the names of both Alec Mills and Carlos Zambrano:

Mills and Zambrano were born a span of exactly 126 months, or 10 years, 26 weeks apart:

Zambrano was born on a date with Standard numerology of 88:

Curse of the Billy Goat has matching 88 gematria with Beast and The Milwaukee Brewers:

One day after this Cubs’ no-hitter, Bill Gates Sr. died in a bizarre numeric ritual related to Skull & Bones. I described how Skull & Bones alternate nickname, The Brotherhood of Death, was also relevant to the date. Notice how this name also has matching gematria with Number of the Beast:

Bill Gates Sr. and his son, who share the same full name, are coded with 666 like none other.

666 is revealed as the number of the Beast in the 66th book of the Bible. Gates Sr. and Alec Mills were born exactly 66 years apart, and Mills was born exactly 660 years after the 1331 total solar eclipse:

I’ve shown how the 1331 eclipse was an incredibly-significant event that we came to learn foreshadowed the coronavirus pandemic, which came from the same Hubei province as the Black Plague in the 1330’s. This “Covid” thing is occurring between the two Great American Eclipses.

Mills’ no-hitter, and Bill Gates Sr.’s death, were both 1303 days before the 2024 Great American Eclipse:

Mills’ no hitter in 2020 was related to Carlos Zambrano‘s.

13 and 33 are numbers proudly encoded into the Masonic G: