Gloria Vanderbilt died during the 2019 College World Series, which was won by Vanderbilt University.

Vanderbilt won by scoring 4, 4, and 8 runs in the finals:

Gloria died at the age of 95, exactly 95 weeks (or a span of 666 days) after the first Great American Eclipse:

Gloria Vanderbilt was involved in a child custody battle in the 1930’s dubbed the trial of the century.

Gloria’s son Anderson Cooper was born on a date with Primary numerology of 95:

666 is a number with significant relation to the Moon. The word kill has 64 gematria, just like the name Vanderbilt.

Gloria Vanderbilt was 64 years old when her son Carter Cooper died. 64 is the Reduction value of 19 years, the length of time in the Moon’s Metonic cycle.

Anderson Cooper was born on the 154th day of the year:

Metonic cycle has matching 197 gematria with 19 years. In those 19 years, 7 of them contain a thirteenth month.

Gloria died on the date leaving 197 days in the year:

Trial of the century has Jewish gematria of 1207.

The Ordinal value of Metonic cycle is 127, syncing up with the Extended value of 19 years.

In Reduction, Metonic cycle sums to 62.

Gloria died on a date with Primary numerology of 62:

In Extended, metonic cycle sums to 1108.

In our capital letter ciphers, Metonic cycle sums to 253 and 153.

When Carter Cooper died, Anderson was 253 months old and their mother Gloria was 153 days after her birthday:

Both of these numbers are found in the simple gematria of Carter Vanderbilt Cooper.

The Moon has double gematria of 36.

Anderson Cooper was 3 months, 6 days after his birthday when AC-360° first premiered on CNN: 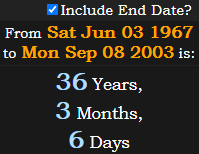 See more on Cooper’s 36 / 666 riddle. It’s worth mentioning that Anderson Cooper was born 857 days after Carter Cooper. 857 is a significant Moon number. Not only is it the maximum number of days between total eclipses, but it’s also 29 lunar phases.