The Earth is 11/3rds the diameter of the Moon.

Starling Marte’s name is an eclipse riddle in and of itself.

His last name, Marte, has matching gematria with Moon.

The eclipse code is centered around the number 666. See this slide for an explanation.

To announce his wife’s passing, Marte posted a photo of him and his wife at the Grand Canyon: 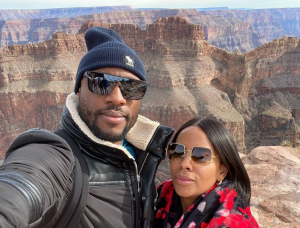 666 is the 36th Triangular number. Starling Marte was born on a date with Reduced numerology of 36:

The first Great American Eclipse occurred in August of 2017:

An eclipse always occurs 1, 5, or 6 lunar phases after the most recent one.

Prior to being traded, Marte only played for one team – the Pittsburgh Pirates.

In Hebrew, total eclipse sums to 227, the English value of eclipse crucifixion code and Jesus’ crucifixion.

Marte’s news fell on the date leaving 227 days on the calendar:

Something else stands out when we measure to that 2017 eclipse. It’s also 2 years, 271 days (or 32 months, 27 days). May 18th was also a span of exactly 22 years, 7 weeks since the Arizona Diamondbacks’ first game in franchise history:

In Reduction, total solar eclipse, blood sacrifice, and human sacrifice all have gematria of 67.

This number is found in the gematria of both Starling Marte and Noelia Marte.

86 is a term for “offing” or “getting rid of”. It’s also the Reverse value of blood sacrifice and human sacrifice.

6+6+6 = 18. It’s said that Noelia passed away after suffering a heart attack while receiving treatment for a broken ankle. Notice how both ailments have the same gematria.

The 108 in Ordinal stands out. Not only because Marte currently has 108 career home runs…but multiplying the diameter of the Moon and Sun by 108 approximates their average distances from Earth.

Arizona Diamondbacks sums to 180 in Ordinal.

The 333 sum in Reverse is also important because that’s the Extended value of broken ankle.

Starling Marte was born on 10/9, which represents the number 19.

In January, he was traded to the Diamondbacks.

There’s so much interesting numerology with this story, it’s literally impossible to cram it all into one post. Check my YouTube channel for a video on this.