A Musing About the Truth of Covid-19

My last post was a little different, as I put forth a theory that possibly holds zero weight about the Covid-19 plandemic. However, there’s more to this riddle about a polar shift in films that must be looked at.

In 2006, a film named Absolute Zero aired on television. I’m unable to find the date it first premiered, but that won’t be necessary to point out the myriad of connections, some of them being personal, organic ones.

Absolute Zero is about a polar shift, that causes everywhere on the globe within 30 degrees of the equator to experience an ice age, while the rest of the Earth gets warmer. Of course, this is not what would happen in a polar shift, but that’s neither here nor there. This was one of only two other films I could find discussing a polar shift, and we’ll look at the other one in a little bit.

The main character of Absolute Zero is named David Koch. This stands out, because billionaire David Koch just recently passed away. Looking back, his death was even more significant – he died on August 23rd, Kobe Bryant’s 41st birthday:

Kobe’s death was the massive event that helped usher in the Covid pandemic.

Koch’s last birthday was a span of 113 days before he died:

The WHO declared a coronavirus pandemic on March 11th, or 11/3.

In Absolute Zero, David Koch is played by Jeff Fahey.

The virus is called Covid-19.

Bryant’s birthday, and the date Koch died, is written 23/8.

The coronavirus is a tribute to the 2024 Greater American Eclipse. The man who played Koch, Jeff Fahey, has full name gematria of 2240.

The last redefinition of SI base units prior to 2019 was in the year 1960. See why the redefinition was important in the Organic Matrix section of this post.

In 2009, another film called Polar Storm (or Pole Reversal) was released. Notice how the date was 3/28, which is the reverse of the date 8/23, Kobe’s birthday. The film was released a span of exactly 10 years, 305 days before Kobe died:

The main character of Polar Storm is named James Mayfield.

Bobby reminded me that we talked about Absolute Zero last year. I didn’t remember it…it turns out I made this post about a news story which seemed to be related to the 2019 redefinition of absolute zero. Having forgotten about this post, it blows my mind reading it back.

The Tommy Robinson story is about McDonald’s banning milkshakes. This provided another cosmic twist, as this week is the final Supermoon of 2020. It’s being called the Milk Moon. Bobby had just returned home from buying milkshakes for the family: 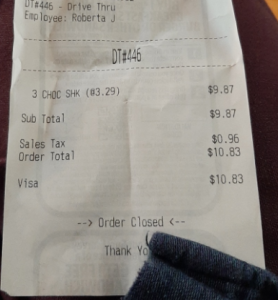 As it turns out, I had just made the incredibly rare purchase of Coke in my run to the grocery store earlier today: 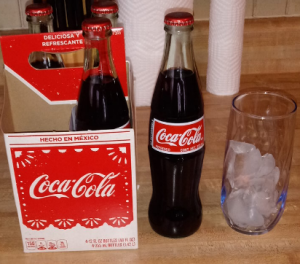 Bobby then pointed out that I bought this Mexican Coke on Cinco de Mayo, which I didn’t even realize was today.

Yesterday morning, Bobby reached out to me about a synchronicity he had with Mercury at the gas pump. This might sound silly to the layman, but it’s relatively-common between us. I’ll get something like this from him once every week or two.

My first work meeting of the morning was about an hour later. Because it was Star Wars Day (May the 4th Be With You), my boss had an image of Darth Vader on the screen. Oddly enough, she happened to choose this image of Freddie Mercury on Darth Vader’s shoulders: 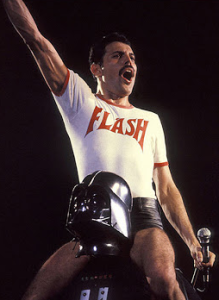 As it turns out, yesterday was the date of a Mercury-Sun conjunction. The date was 5/4.

Yesterday had a Life Lesson number of 13: