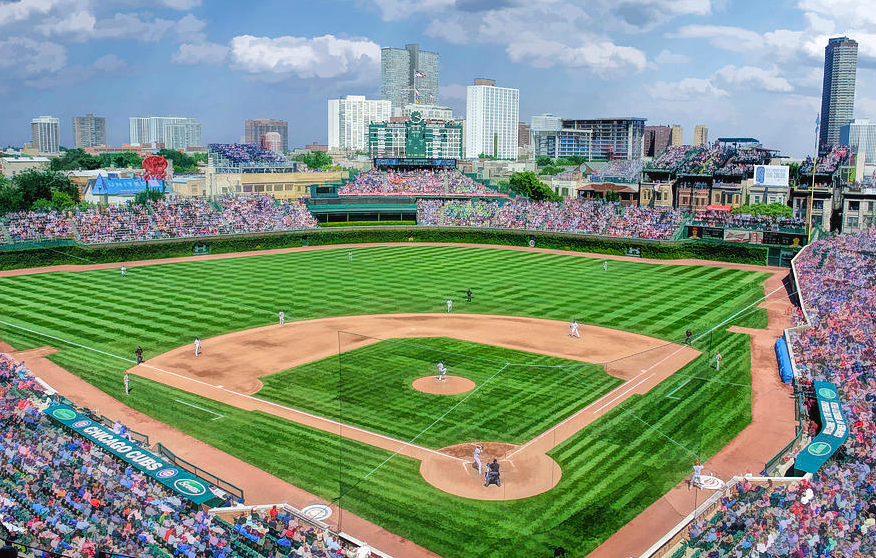 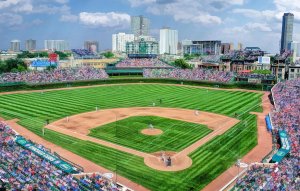 The home of the Cubs is Wrigley Field. Its namesake is the Wrigley Company, which was founded by William Wrigley Jr. in Chicago, Illinois.

45 is the Reduction value of Wrigley, thirteen, and Illinois.

The Cubs’ 2016 World Series victory, their first since the opening of Wrigley Field, was during the ballpark’s 103rd season of operation. The Cubs won 103 games during the regular season. It was 13 years after the Cubs came within 5 outs of a World Series appearance in 2003.

Gum sums to 347 in English, like thirteen in Jewish.

Wrigley Company was founded on the 91st day of 1891

Chicago is on the 41st parallel
Wrigley Company was founded on 4/1
William Wrigley Jr. died 41 years later in 1932

Wrigley Field opened on April 14th, 1914, which was a span of 23 years, 23 days after Wrigley Company was founded:

The Death of William Wrigley Jr.

William Wrigley Jr. was born on a date with 118 numerology:

He passed away 118 days after his birthday:

Wrigley Field could only host day games until ’88, when lights were added to the stadium.

Wrigley’s death fell on a date with Primary numerology of 78:

In that 19 year cycle, 7 of them contain a thirteenth month.

William Wrigley sums to 668 in Satanic gematria, which is the Jewish value of Metonic cycle.

In Reduction, William Wrigley sums to 79.

This is the Ordinal value of Metonic.

Why was the owner of a gum factory coded with numbers of the Metonic cycle? Notice how the Ordinal value of chewing gum is 110, like Metonic in Reverse.

The date of Wrigley Field’s opening, April 23rd, is the date that leaves 252 days in the year:

On the date of the opening, William Wrigley Jr. was 52 years, 25 days old:

Both Wrigley Company and Wm. Wrigley Jr. Company have gematria of 25.

25 and 52 are numbers related to death when combined.

In Satanic gematria, death sums to 213.

…and 213 months after the opening of Wrigley Field:

I’m not certain why I began looking at the numerology of Wrigley Company this morning. It sort of just popped into my head.

Today is the date that leaves 244 days in the year:

Today is the 244th anniversary of the Bavarian Illuminati. Consider how the Illuminati was founded by 13 families on a date with 99 numerology, both numbers significant to this decode.

It took the Cubs 108 years to win a World Series.

244 is the Jewish/Latin value of nineteen.

It was founded in Chicago. I made today’s post on a date with Primary numerology of 46:

Tedros Adhanom, Director-General of the WHO
Hiker Celebrating End of Lockdown Falls to Death