Susan B. Anthony sums to 1038, similar to the gematria of both two hundred and abolitionism.

Today’s Google Doodle celebrates the life of Susan B. Anthony, who is famous for her contributions to both the abolition of slavery and women’s suffrage. Her life’s work was rewarded when the U.S. Government passed the Civil Rights Act of 1964, signed into law by President Lyndon B. Johnson. Think about how Lyndon Johnson and Susan Anthony both famously used the middle initial of B.

LBJ was a span of 311 days after his birthday when he signed the bill:

The Civil Rights Act was signed on July 2nd, the date written 7/2, which falls exactly 7 months, 2 weeks before Susan B. Anthony’s birthday (and today’s Google Doodle): 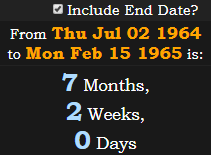 This past year, there was a total solar eclipse on the date 7/2.

That eclipse was exactly 55 years after the signing of the Civil Rights Act:

Lyndon Johnson was 55 years old when he signed the Civil Rights Act:

Abolitionist Susan B. Anthony was born on a date with Primary numerology of 55

Today’s Google Doodle is a span of exactly 229 days after the eclipse, and the anniversary of the Civil Rights Act:

The 229th verse of Revelation reveals the number of the Beast to be 666, the 36th Triangular number. LBJ was the 36th President of the United States, taking office in ’63.

Today has Primary numerology of 57

The back of the Susan B. Anthony dollar shows the Moon. LBJ was the President during the majority of the Apollo Program, which allegedly led to the first humans on the Moon. 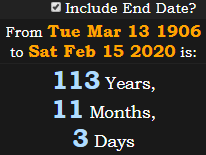 Susan B. Anthony died in Rochester, New York in the year 1906

In Reverse, women’s suffrage sums to 206, matching the Ordinal value of Susan B. Anthony’s place of birth, Adams, Massachusetts

She was born on a date with a Life Lesson number of 28, exactly 28 days before the next total solar eclipse