The clip begins with the main character lying in bed, suddenly having aged several decades.

He points up towards the black monolith standing just beyond the edge of his bed. 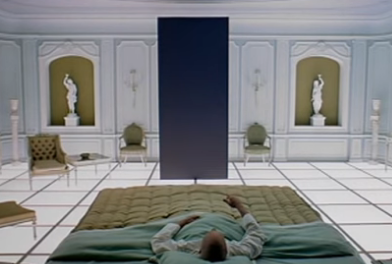 The camera angle shifts, leaving only the monolith in the frame. 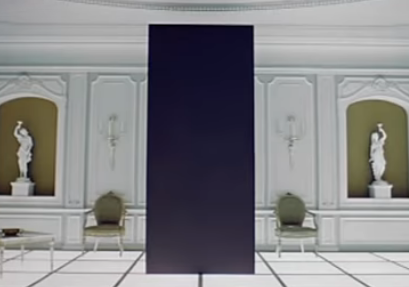 The camera shifts to a perspective from the monolith, where the spot the old man laid is now vacated by the presence of an unborn baby in a womb-like substance.

A close-up of the baby reveals it to be very developed, even capable of eye movement.

The camera once again shows the monolith, this time zooming all the way in until there is only blackness.

The blackness then becomes deep space, and the Moon appears in the center of the screen. 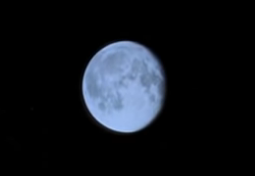 The scene pans downward, revealing the bright side of the Earth. 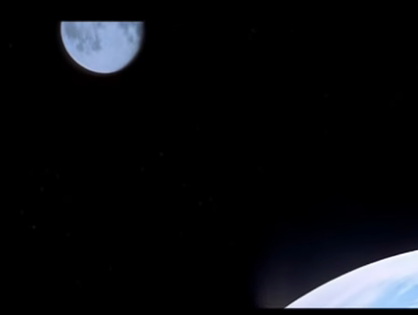 After the Moon eventually disappears from view, a camera change now shows the baby in a womb, orbiting the Earth like the Moon.

The film ends with a close-up of this baby in outer space, apparently ready to make its return to the Earth.

This scene appears to suggest that the old man is about to visit the Earth once again, this time in a new body. Reincarnation is a central part of many ancient religions, and it appears to be what’s referenced at the end of the film.

The more I’ve studied numerology in my own life and its relation to those around me, I’ve become more and more curious about this concept, and over time, I’ve developed a strong inkling that gematria is part of the construct that processes this phenomenon.

What I find particularly interesting about this scene at the end of the movie, however, is how it is so strongly-linked by the numbers. Let’s take a look.

For starters, consider the number in the name of the film, 2001.

In Reduction, reincarnation sums to 69. This stands out, in light of the gematria of the word eclipse.

In Reduction, the word eclipse sums to 33. In Ordinal, thirty-three matches the Hebrew value of eclipse.

It was exactly 33 weeks before the first day of ’69

Thirty-three has matching gematria with Reincarnation. 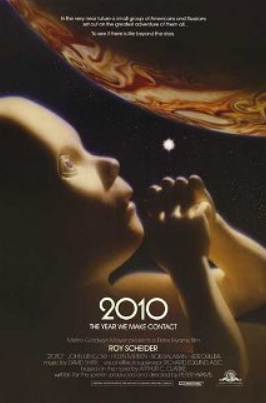