Yet another stabbing in London…

Today has Standard numerology of 24

It’s Super Bowl 54, lining up with the gematria of the shopping center the attack occurred at:

Today is 193 days after Prime Minister Boris Johnson was sworn into office:

Today has Primary numerology of 44

London Mayor Sadiq Khan has been in office for 44 months. Recall this stabbing incident in Austin, Texas last month with 44 numerology. “Austin” = 440 (Jewish)

The date is written as 2/2/2020, nice for another terrorist incident in London, England

The last time a terrorist suspect stabbed people before being killed by police in London was on a date with 79 numerology:

This story comes out of Streatham, South London on the 33rd day of the year:

I mentioned Boris Johnson earlier…notice how his doppelganger Donald Trump is currently in his 1109th day in office:

London is home to the London Eye: 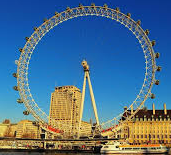 As I’ve covered extensively on this blog, Kobe’s death was a massive ritual related to Super Bowl 54.

Bryant was born on 23/8. These numbers line up neatly with the gematria of London’s mayor:

This attack was 2 months, 4 days after the last one in London: