Rapper Juice Wrld died at age 21 Chicago’s Midway Airport. The airport is named after the Battle of Midway, which took place in the year ’42.

The Battle of Midway ended on the date June 7th, written 7/6 internationally. On December 8th, the date of his death, Juice Wrld was 7676 days old:

The Battle of Midway ended exactly 4044 weeks ago, ideal for the killing of a rapper

The Battle of Midway ended on June 7th. From June 7th to Juice Wrld’s December 2nd birthday is a span of 179 days:

Both Rapper Juice Wrld and Midway Airport sum to 179 in gematria.

The Battle of Midway began on June 4th of 1942. From Juice Wrld’s death to the 78th anniversary of the battle’s beginning is 179 days:

Juice Wrld started releasing recorded material in 2017. On the date of his death, he was a span of 21 years, 7 days old, syncing up with his real name, Jarad Higgins

“Juice World”, as his name is pronounced, died a span of exactly 120 weeks after the 2017 Great American Eclipse:

Today is 373 days before the next total solar eclipse:

I just mentioned 373 and 159 in my post about today’s Google Doodle. Today is also 159 days after the most recent total solar eclipse:

Connection to Other Rappers

The date he died had standard numerology of 39

In the lyrics of his song called All Girls Are The Same, Higgins says he feels like John Lennon. Today is the 39th anniversary of the assassination of Beatles’ legend:

See my post on Lennon’s death, which was also by the eclipse crucifixion code. Juice Wrld’s death also falls 8,309 days after the death of the The Notorious B.I.G.

That date had primary numerology of 128

Today is a span of exactly 17 months, 3 weeks since the death of XXXTentacion. It’s also 173 days after the anniversary:

173 is significant to the eclipse code. The Winning Pitcher section of this post provides a perfect example. A day after XXXTentacion died, Juice Wrld released a song named “Legends” in which he mocked the 27 club, claiming instead “we ain’t making it past 21.” Indeed, Juice Wrld exited the world stage well before turning 22.

A solar eclipse occurs when The Moon blocks the Sun. The Moon has an equatorial diameter of 2160 miles: 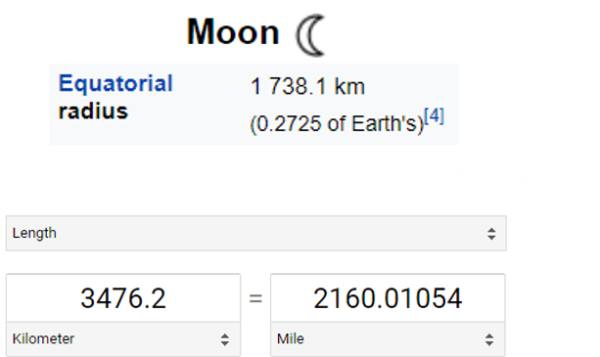