This event appears to be a numeric ritual in relation to the King of Norway, Harald V. There are also undeniable connections to the Norwegian Prime Minister, Erna Solberg, and the mathematics of the circle. The last section of this post also decodes the Mayor of Oslo.

In 2011, one of the worst terror attacks in modern times occurred in Norway. I did a small decode on that when Anders Breivik was brought up during a news story from February 20th, the date leaving 314 days in the year:

In Hebrew, circle sums to 44 and 17, which is also the English gematria of kill

OslO, NOrway has three circles in it. Prime Minister Erna Solberg took office a span of exactly 314 weeks before this attack: 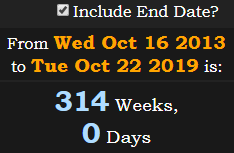 There are 360 degrees in a circle. Erna Solberg is currently 3060 weeks old:

The last name Solberg sums to 33, just like Norway, the nation which she governs.

Thirty-three, when spelled out, has matching 66 gematria with Norway and its king, Harald V

Note the 156 Ordinal value of thirty-three. This is the Jewish gematria of false flag and Oslo, Norway

113 is often considered to be the number of deception.

False flag also has gematria of 48

This was the primary numerology of this year’s total eclipse:

The Mayor of Oslo is Marianne Borgen.

Just yesterday, she had completed her 48th month in office, which is also 208 weeks: