Mandalay Bay opened on March 2nd, the 61st day of the year, which leaves 304 on the calendar:

On the date of the shooting, which was 10/1, the casino turned exactly 223 months old:

The shooting had primary numerology of 48

In Jewish gematria, Casino sums to 193, which is the 44th Prime number.

Notice the 103 in Reduction, which represents the number 13. Stephen Paddock had the number 13 tattooed on his neck:

Thirteen is the only number to have Ordinal gematria of 99

Paddock was born on April 9th, the 99th day of the year:

Paddock killed 58 people (not including himself) in Paradise, NV and allegedly injured 851:

The shooting was 41 days after the Great American eclipse:

If you add every number 1 through 13, it sums to 91. This is also called the 13th Triangular number. The shooting occurred on the date leaving 91 days in the year:

The shooting was during the Route 91 Harvest Festival.

187 is recognized as the homicide code. Earlier, I mentioned how Mandalay Bay turned 223 months old the night of the shooting. This is also equivalent to 18 years, 7 months: 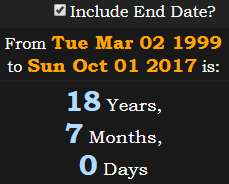 The date of the shooting was October 1st, written 10/01, in Paradise, Nevada

The Sheriff of LVMPD was and still is Joe Lombardo, who was in his 1001st day on the job:

Paradise has matching gematria with sacrifice. The site of the shooting was the Las Vegas Village, which has the same gematria as ritual sacrifice. 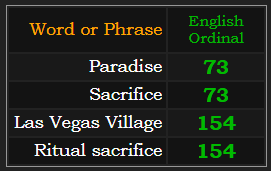 In Reverse, ritual sacrifice sums to 251 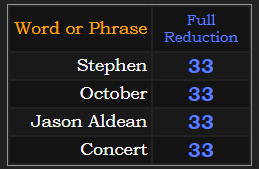 When you write out thirty-three, it has the same gematria as Stephen Paddock. Remember security guard Jesus Campos, who is said to have been shot in the leg by Paddock in the hotel?

Notice how the only number Paddock does not share with 33 is 156. But he lived in Mesquite, Nevada

Consider how the 33rd Prime number is 137

13 and 33 are the numbers attributed by the G in the Freemasonic emblem:

Lombardo’s full name even sums to 105 with the S Exception, like Masonry

Also in Ordinal, Scottish Rite of Freemasonry sums to 325

The Mayor of Las Vegas was and still is Carolyn Goodman, who was born on 3/25 and had been in office for 325 weeks prior to the shooting:

On the date 3/25 earlier that same year, there was another shooting on the Las Vegas strip. That’s the 84th day of the year:

The name of the shooter was Cardenas, which matched the date numerology: