This car accident occurred the evening of September 3rd. The passenger who died in the vehicle, Rayshawn Hillis, was an acquaintance of a friend of mine. Hillis used to work at Walmart #668 in McMinnville, Tennessee. 668 happens to be a number I discuss semi-frequently in my work – it’s the Latin/Jewish gematria of metonic cycle

Aspen Industries’ address number is even 886, and their phone number begins with 668

The Metonic cycle is a period of 19 years. Rayshawn died in front of Aspen Industries:

The car was being driven by a 19-year-old named Grayson. The Moon is the color gray

They died 51 days after Rayshawn’s birthday:

It was on a date with primary numerology of 51

Aspen Industries became accredited by the BBB on June 28th of this year, exactly 67 days before the crash: 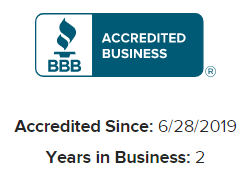 This crash killing a pair of friends from McMinnville was 66 weeks, 6 days before the next total solar eclipse:

The last name Hillis has immense overlap with the word eclipse, both in English and Hebrew:

Hillis was a span of exactly 20 years, 1 month, 3 weeks old on the date of his death 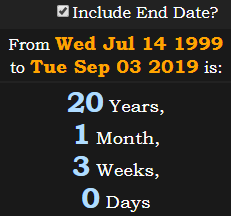 It was 2 years, 13 days after a total solar eclipse whose path of totality literally passed directly over McMinnville, Tennesse: 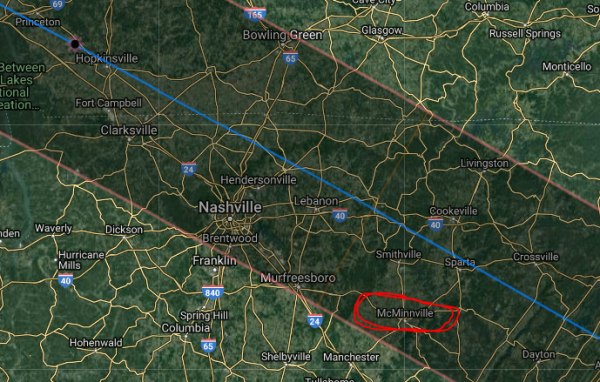 The city of McMinnville was exactly 209 years, 1 month old: 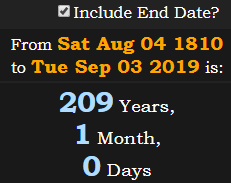 The 78 on its own is interesting because Rayshawn’s full name matches the 78 Ordinal value of Lakelinn, the passenger who survived:

Lakelinn’s last name, Simmons, has the same gematria as the last name of their other friend who passed away, Martin