This boat fire involving a rescue operation by the USCG falls on September 2nd, the date written internationally as 2/9. The date has primary numerology of 50

Internationally, the date September 2nd is written 9/2. This year, that date was Labor Day, which has matching 888 gematria with 3.14, the first three digits of pi:

The boat fire occurred on a boat called the Conception.

To resolve the mathematics of the circle, we use pi, which is 3.14. The smallest equation you can use to get 3.14 on a calculator is 22÷7

September 2nd is the date leaving 120 days in the year:

The true riddle with the Conception appears to lie with California Governor Gavin Newsom.

In Reduction, Gavin Newsom sums to 52

The company that owns the Conception is named Truth Aquatics

Newsom is the 40th Governor of California:

Earlier this morning, the news was reporting it was 34 people on board:

But for most of the day, it’s been said that 34 people are missing:

Today is exactly 34 weeks after Governor Newsom was sworn in:

Newsom is 51 years, 10 months, 23 days old. That ties directly in to this story about the Conception off the coast of Santa Cruz 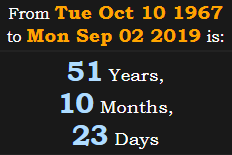 CONception…CONspiracy? I smell many rats.