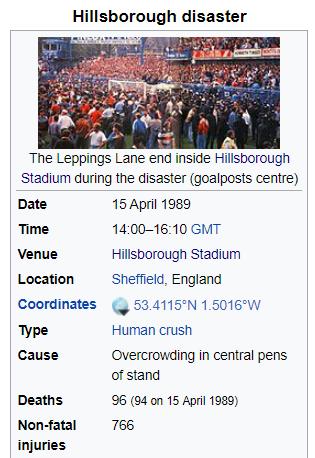 This is wild. During the resulting inquests after this disaster, a police constable accused match commander David Duckenfield of being part of a high-level Freemasonic conspiracy that planned and helped orchestrate this tragedy.

Duckenfield was responsible for a decision to open extra gates that allowed for a sudden rush of people to overcrowd the pen, leading to a crushing incident, right as the game began. Not only were human stampedes a known phenomenon to occur at stadiums, but numerous other shortcomings and failures from the police response to the incident led to the families waging a long legal battle against Duckenfield and his staff.

This page probably explains it better than I can. 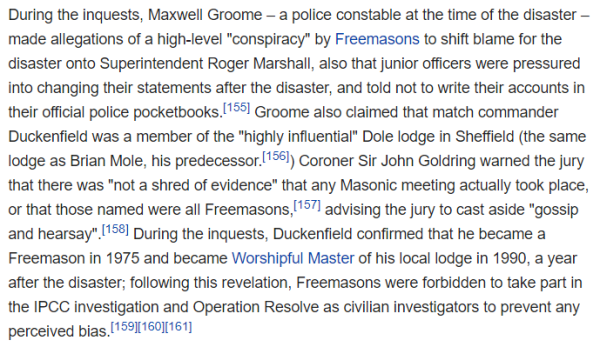 Isn’t that interesting? Well, if this really was some sort of Masonic ritual, as many of the families alleged, then it would be by the numbers, right?

Yes, indeed, it would.

The date of the incident, which was 127 days after the most recent total lunar eclipse, had primary numerology of 127

The date, as written in the United Kingdom, was 15/4/89. It occurred at Hillsborough Stadium 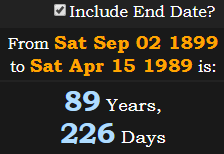 The Hillsborough disaster had a Life Lesson number of 46

The fans who died were supporters of Liverpool FC, whose nickname is the Reds

In Hebrew gematria, sacrifice sums to 347

347 is also the Jewish gematria of the number 13

13 is essentially the gematria of Liverpool FC in that same cipher:

Hillsborough Stadium opened in ’99
The 13th Fibonacci number is 233

Conspiracy has the same gematria as Nottingham Forest in English Extended:

It’s said that 96 people were killed.

It’s no longer a secret that Masonic rituals are aligned with total solar eclipses. The riddle about Liverpool fans dying at Hillsborough is simple to pick up on.

The Hillsborough disaster occurred 463 days before the next total eclipse of the sun:

That eclipse fell on the date July 22nd, written 22/7 in England. It was from Saros Series 126, which is the double gematria of LFC, Liverpool’s short name: