Boris Johnson has been named the next Prime Minister of the United Kingdom.

He’ll be stepping into office tomorrow, July 24th, which is exactly 158 weeks (or 3 years, 1 week, 4 days) after Theresa May assumed the same role:

Theresa May submitted her resignation on June 7th, the 158th day of the year:

This 158 is found in the overlap between the name Boris Johnson, Freemasonry, and Secret Society

His full name also points directly to him being a Freemason. He’s got Ordinal gematria of 307 and a Reverse value of 503. Johnson takes office 3 months, 7 days before the Brexit deadline.

It’s the Scottish Rite of Freemasonry with its claws in governments all over the world. The first King of Scotland and England, King James, is the namesake for the King James Version of the Bible, which is what Freemasons use as the Masonic Bible. 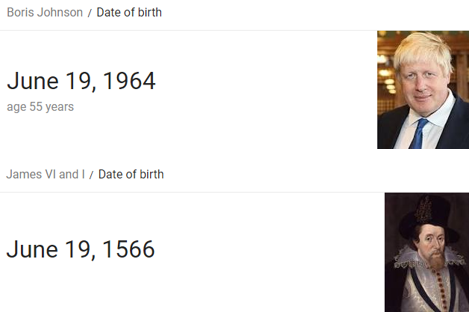 King James’ reign as the King of Scotland began when he was just 13 months old, on the date July 24th

Boris has primary birth numerology of 108

His win was announced on July 23rd

Comically, the word puppet has two of the same numbers as Johnson

Johnson’s first day on the job will be 94 days into the Queen’s 94th year:

On the date he enters office, Johnson will be exactly 55 years, 5 weeks old: 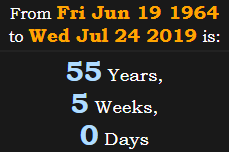 This reminds me of when Donald Trump took office at the age of 70 years, 7 months, 7 days: 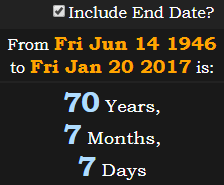 Boris Johnson has Jewish gematria of 1109, not dissimilar from his American counterpart, Donald

Theresa May will have been in office for 1106 days:

119 is a popular number for government officials, as it’s the Ordinal value of all-seeing eye, which equals 205 in Reverse:

Johnson will be assuming his role beginning on the 205th day of the year:

It will be a span of 70 days before the birthday of Theresa May, who will be relinquishing the role:

Johnson is a supporter of Brexit

When he is inaugurated into office, it will be 3 months, 3 days after the Queen’s birthday:

Johnson will be tasked with completing the Brexit deal by Halloween