Several numbers point to yesterday’s shooting at a STEM School in Highlands Ranch, Colorado being a tribute to the name of the new Royal Baby.

I chose not to mention this in yesterday’s post or video because there were no other connections to 393. But this is a very significant number.

In Jewish gematria, 393 is the value of Enneadecaeteris, which is the Greek word for the Metonic cycle (nineteen years). This period of 19 years syncs up almost exactly with 235 lunar phases. In the same Jewish/Latin cipher, the baby’s name sums to 2305

There’s more that pops out with this name.

445 is the Hebrew value of total lunar eclipse

5/26, or May 26th, is the date of the next total lunar eclipse. The baby was born a span of exactly 2 years, 0 months, 3 weeks before that eclipse: 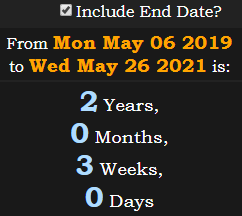