Rapper Nipsey Hussle was shot dead yesterday at the age of 33, a number closely-associated with ritual human sacrifice

Once again, another rapper has died by the eclipse crucifixion code. In the New Testament, the Crucifixion of Jesus Christ occurs while Jesus is 33 years old.

In the Bible, Jesus was crucified during an eclipse

Nipsey Hussle died a span of 3 months, 3 days before the next total solar eclipse: 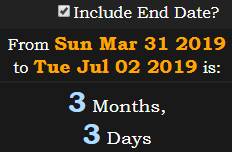 Ermias Asghedom sums to 137 in the alphabetic order:

He died exactly 137 days before his birthday:

Jesus sums to 74, as does Jesus Christ in Reduction:

Nipsey was a Rapper

704 is the Latin gematria of total solar eclipse

Hussle sums to 84 in Ordinal:

He died a span of exactly 84 weeks after the most recent total solar eclipse: 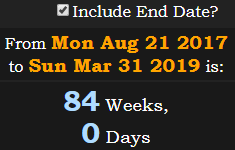 It was also 84 days after the most recent partial solar eclipse:

See my second post about this death. It was also California Governor Gavin Newsom’s 84th day in office.

He died 409 days after the release of his only studio album, named Victory Lap, which came out on February 16th of 2018: 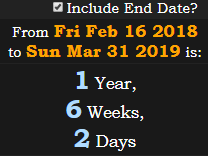 The album title has gematria of 2440

244 is the Hebrew gematria of kill

Notice how the date also has 19 and 17 numerology:

Sacrifice sums to 46 in English:

The date he died had both 73 and 46 numerology:

93 is a highly-significant number to Christianity. Think about how the Sun is said to be 93 million miles away.