This crash occurred on March 10th in Ethiopia

The flight number was 302

Ethiopian Airlines was founded on a date with 97, 52, and 25 numerology:

This crash is heavily-related to the LionAir Flight 610 crash from October 29th of last year, which was a span of 133 days ago:

Today’s crash out of Ethiopia was Flight 302

Ethiopia appears to be the only African nation without an official Independence Day or National holiday. However, Ethiopian Patriots’ Victory Day commemorates the victory over the Italians in the 30’s, which ultimately led to independence. That holiday is 310 days before 3/10

The Prime Minister of Ethiopia is Abiy Ahmed

Just over one month ago, Ahmed was at Bole International Airport, where this plane took off from, to open its expansion. The date was 1/27, which was a span of 12 weeks, 7 days after the LionAir crash.

181 passengers died in the LionAir crash. Today’s crash is a span of 181 days after September 11th:

Today’s crash occurred a span of 9 months, 11 days before the anniversary of the founding of Ethiopian Airlines:

Prime Minister Abiy Ahmed has been in office for 11 months, 9 days: 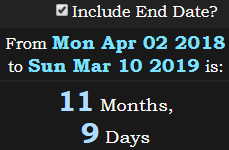 The flight took off from Addis Ababa, Ethiopia and crashed in Bishoftu

Ethiopia sums to 83 in the alphabetic order, matching the Reverse value of Murder

Ethiopian Airlines is 79 days after the anniversary of its founding:

Also how the company is 73 years old. 73 was a significant number to the LionAir crash, which occurred 73 years, 73 days after Indonesia gained its independence in 1945.

The airliner crashed shortly after takeoff from Addis Ababa, Ethiopia

The President of Ethiopia is Sahle-Work Zewde, who was born on a date with Standard numerology of 73

She took office on a date with Full numerology of 73

The inverse of Zewde’s Reverse gematria is 302, which is the flight number of the plane that went down today.

Using weeks instead, we find she’s been in office for 19 weeks, 3 days as of the 10th of March

Zewde is 17 days after her 69th birthday:

CNN attributed many numbers of sacrifice and death in their headline. Notice the 3047 in Extended: 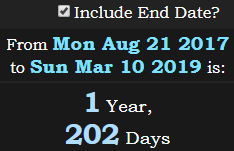 Both Ethiopian officials have 68 gematria:

Today’s flight was headed to Nairobi