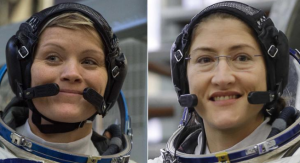 The two women’s names have combined gematria of 227

227 is a number of ritual and symbolism

The spacewalk will take place on March 29th.

Their spacewalk will occur 4 months, 9 days after the anniversary of the launch of the ISS:

McClain is already aboard the ISS. Koch will be joining her on 3/14.

The number I was originally looking for in their gematria was 119 or 911, and that showed up as well.

The word female in that Jewish cipher sums to 67

The date of the announcement has Tiny numerology of 19

The spacewalk will be conducted on March 29th, which has Tiny numerology matching the Reduction value of female

On the date of the spacewalk, the International Space Station will be 20 years, 130 days old: 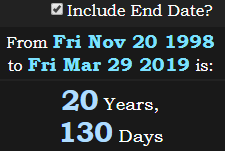 Both women are from the Astronaut class of 2013

NASA was founded on a date with 113 numerology, matching Koch’s full name and her birthplace:

NASA is synonymous with the Scottish Rite of Freemasonry

Anne McClain, meanwhile, was born on the 158th day of the year, which had 39 numerology:

The highest degree of Masonry is said to be the 33rd

The spacewalk will take place 3 months, 3 days before the next total solar eclipse

Koch’s name has all sorts of connections to 33

Measuring instead to the most recent total solar eclipse, we get a pair of 13‘s: 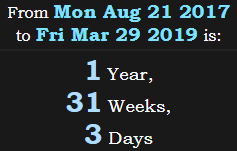 News of the first all-female spacewalk broke on March 6th, which was 1 year, 198 days after that same total eclipse: 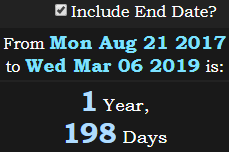 In gematria, there is something called the Rule of Colel, which essentially says numbers just one digit apart can still be viewed as a match. I rarely mention this rule, since many people already think I’m looking at “coincidences”. But after a couple years of study, I have no doubt that it is sometimes used. Consider that the first all-female spacewalk will take place on 3/29