This is the #1 example people need to know about to help them understand what we’re witnessing play out on a professional sports field. This incident is very similar to the Gordon Hayward injury in October of 2017. This is legit evidence that sports rigging is at least partially due to ritual magic.

On November 18th, 1985, Joe Theismann suffered a broken leg when Lawrence Taylor sacked him during a flea-flicker play. Watch the play here (not for the squeamish).

On November 18th, 2018 – 33 years later, to the day – Theismann was in attendance for the Redskins / Texans game. During that contest, Alex Smith broke his leg when J.J. Watt and Kareem Jackson combined to make a sack. That play can be seen here.

Alex Smith was in his 561st day since birth when Theismann injured his leg in ’85:

Note the incredible parallels – both men are tackled at the 41 yard-line.

Both games ended with a final score of 23-21

What are the odds that both games ended with the exact same score? Consider that there have been approximately 8,500 NFL games played between these injuries, and this past week’s game was only the 31st since the Theismann game to end with a score of 23-21, meaning the odds are roughly 1 in 275.

31 is an interesting number for a couple of reasons. Theismann’s broken leg occurred when he was sitting on 301 pass attempts for the season. Alex Smith entered the game in which he broke his leg with 301 attempts in his season.

The 11th Fibonacci number is 89

Notice how the Redskins finished both games with 6 wins, and their opponents each had 7 wins.

The number 13 is very significant to Theismann

103 represents 13 in numerology.
The 13th Triangular number is 91
Theismann’s injury occurred during a tackle by Lawrence Taylor
Smith’s occurred in a tackle by J.J. Watt

Joe Theismann was born on 9/9 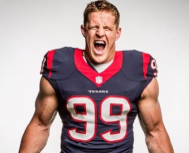 In Jewish gematria, thirteen sums to 347 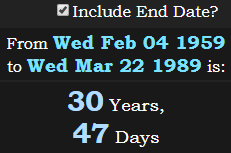 In the Reverse order, thirteen sums to 117 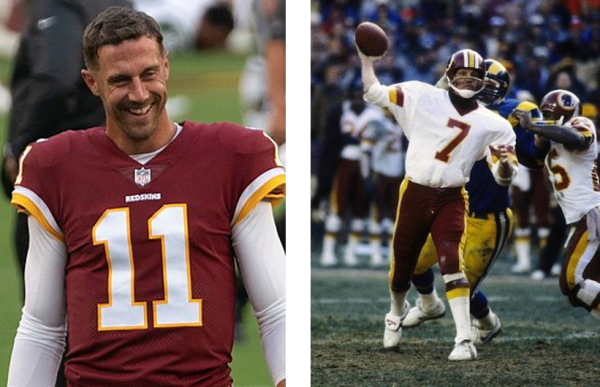 J.J. Watt was born on a date with the same numerology as the date Theismann broke his leg:

Both games in which Theismann and Smith broke their legs ended 23-21 for a total of 44 points.

They broke Smith’s leg on the 322nd day of the year: 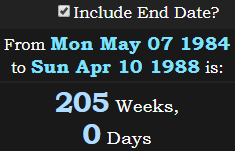 The name Kareem sums to 53

J.J. Watt was 241 days after his birthday when Smith got hurt:

J.J. Watt and Lawrence Taylor, the two men primarily responsible for the broken legs, are incredibly-connected numerically. They both share 64 gematria…

Lawrence Taylor was born on February 4th, written internationally as 4/2

L.T. was 78 days before his birthday when both Smith and Theismann were injured:

The name Watt has similar gematria to Alex Smith

Smith was 170 days before his birthday: