The institute was named after James Smithson

Smithsonian Institution has alignments with both Scottish and Freemasonry in the base methods:

Freemasonry’s emblem has a capital G inside it: 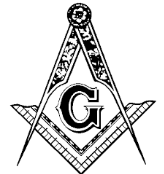 In the two capital letter ciphers, capital G sums to 13 and 33

Smithson has the same gematria as 13

And Smithsonian has the same gematria as 33

His birth name was Jacques-Louis Macie

His burial place also sums to 66

The 33rd degree is the highest in Scottish Rite Masonry

His burial place sums to 158

Smithson was born in Paris, France

Smithson died on the date June 27th, the date that leaves 187 days in the year:

The date had Standard numerology of 62

The date he died had a life lesson number of 53, matching the gematria of the city he died in:

Genoa, Italy also has matching gematria with the word sacrifice

August 10th is the date that leaves 143 days in the year: