Earlier today, I made this post detailing how the death of rapper Mac Miller was numerically-connected to former U.S. Olympic skier Mack Miller, who is still alive, and in fact just turned 87 today, the same day Ariana Grande, who used to date Mac Miller, broke up with her new fling, Pete Davidson.

I recently began looking at the live chat more often while I’m live streaming, and I’m getting better at it, though I still miss a gem here or there. But I was able to catch this comment:

I acknowledged the comment, but in the moment, my brain didn’t make the connection between Bode Miller and Mac Miller. So I didn’t look into it live, which I absolutely should have, because I knew there’d be a connection.

This syncs up with the full name of the skier

Was Bode Miller the victim of a sacrifice? 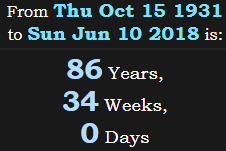 Emeline died a span of 12 weeks, 6 days before Mac Miller: 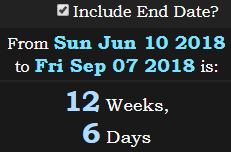 Hostage Situation at McDonald’s in Cologne, Germany
MegaMillions Jackpot and a Reminder About the Lottery