In this post, I will explain how this incident is a tribute to both 9/11, which also occurred in New York, and the state’s current governor, Andrew Cuomo.

The date of the accident was October 6th, written 6/10 in most parts of the world.

On this same date, Governor Cuomo was exactly 60 years, 10 months old, and 61 days before his birthday: 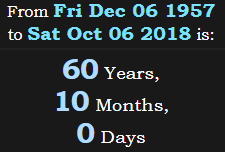 61 is the 18th Prime number
It’s said that 18 people inside the limousine were killed
This Limo crash that supposedly killed twenty people happened in Schoharie, New York

In Jewish gematria, Limo sums to 109

CNN gave us a 1:09 video in the linked article

109 represents the number 19 in numerology

The crash was on the date leaving 86 days in the year:

There are 19 years in the Metonic cycle, perhaps the most significant cycle of time, and something I seem to mention in every other post.

The Governor of New York is Andrew Cuomo. He took office on the first day of January in 2011, meaning he has been in office for exactly 405 weeks.

Schoharie has double gematria of 254

This accident occurred in New York, the state most heavily-affected by the September 11th attacks in 2001. September 11th is the 254th day of the year:

The 11th Fibonacci number is 89. Measuring from the 9/11 attacks to the limo crash in Schoharie, New York is 890 weeks:

If you’re looking for hoax codes in the footage, then you didn’t have to look very hard. 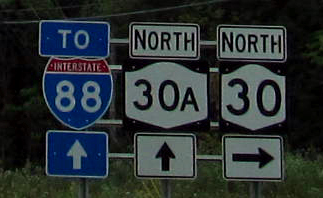 The crash occurred at the intersection of 30 and 30A in New York, much like the number 33

The state of New York was exactly 12011 weeks old on the date of the crash:

There are also 1440 degrees in four circles. Notice how the picture above also shows Interstate 88, which is of course made up of four circles. New York was admitted to the Union in 1788.