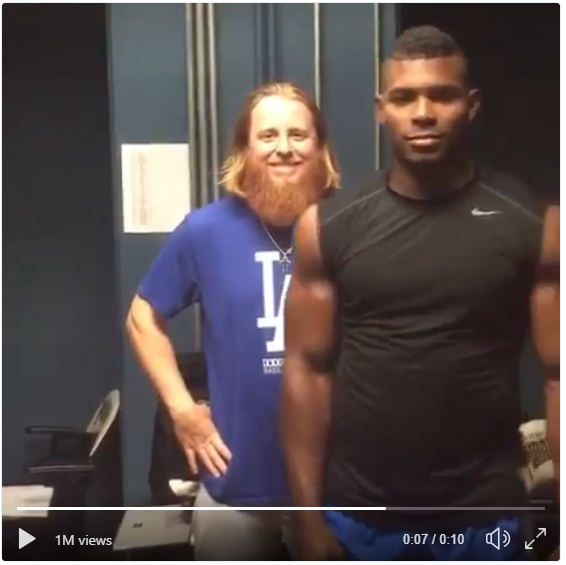 Well, this is just too good to ignore, even though it happened last year. With all the work I do on solar eclipses, I thought it would be akin to a crime to not make  post on this.

On the date of last year’s coast-to-coast Great American total solar eclipse, Justin Turner and Yasiel Puig reenacted the event in the locker room. The white-as-hell Justin Turner stood grinning while the visibly-darker Yasiel Puig waddled past him in front. They even closed the shutter while he blocked Turner to enhance the effect of totality.

Of course, some people are dumb, so they played some sort of racial sensitivity card, but it’s obvious this is just a silly joke. But still – why even bother? The answer, as always, lies in the numbers used in this numeric ritual.

In the Reverse alphabetic order, Puig’s full name sums to 223 (foreign character excluded, as the standard continues to appear to be). This is the same as the Hebrew gematria of The Moon, which is what he essentially was playing in this reenactment.

The Saros cycle allows us to predict the next solar and lunar eclipses. It’s a period of 223 synodic months.

Puig was born on December 7th, 1990, meaning that on the date of the eclipse, he was 257 days after his birthday:

Meanwhile, the Sun is being played by Justin Turner

The Sun is 93 million miles away

Both Justin and Turner share Ordinal and Reduction gematria with Eclipse

33…Turner was a span of 3 weeks, 3 days before his birthday on the date of the eclipse: 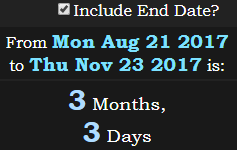 Turner was born on a date with full numerology of 137

The number 33 is connected to 226 through Ordinal gematria:

There are a span of 2206 days between the birthdays of Justin Turner and Yasiel Puig:

The Metonic cycle is 19 years in length

1331 is the number that represents a solar eclipse