This story is about William Winters Leverett killing a jogger named Melissa Millan.

Do these names sound somewhat familiar? Perhaps they should…Melissa Millan is obviously close to Alyssa Milano.

William Winters Leverett, on the other hand, with a little imagination, is somewhat similar to another childhood actor, Joseph Gordon-Levitt.

Why would these two actors be attributed in the same story? Consider how the number 86 is slang for offing, or getting rid of someone.

The birthdays of Alyssa Milano and Joseph-Gordon Levitt are separated by 8 years, 60 days:

This story was published on September 24th.

This means the killer stepped forward exactly 1404 days after the murder:

There are only two numbers that sum to 144 in Ordinal when spelled out:

The date of this story had both 44 and 71 numerology:

This story was published 219 days after the birthday of Joseph Gordon-Levitt, syncing up with the name of the killer:

Leverett confessed to killing a woman…

The name of the jogger was Melissa Millan

On the date of this article, Alyssa Milano was 40 weeks after her 45th birthday: 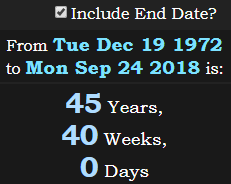 445 is the Hebrew gematria of total lunar eclipse

This jogger in Connecticut was killed 6 weeks, 2 days after the most recent total lunar eclipse: 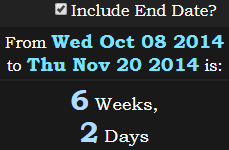 The Moon is 2160 miles in diameter at its equator.

The date of the story leaves 98 days in the year:

38 is a number commonly stamped into stories about murder and death.

Her killer stepped forward with a confession 308 days after the third anniversary of the murder:

It’s said that Melissa Millan was an Insurance executive