This shooting occurred on September 20th, the date written 9/20 or 20/9 internationally

The shooter’s name was Snochia Moseley, which has matching gematria with the town:

In standard Reduction, her name sums to 64

The shooting was at a Rite-Aid Distribution Center in Harford County, Maryland 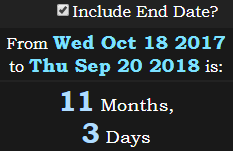 113 is the mainstream’s favorite number of deception. This shooting falls a span of 11 months, 3 days after a shooting spree that also took place in Harford County in October of last year:

A mass shooting with a female perpetrator? Rare occurrence – perhaps it has something to do with the date numerology.

So it’s appropriate for a female shooter to terrorize Aberdeen, Maryland

142 is the Ordinal gematria of eclipse sacrifice 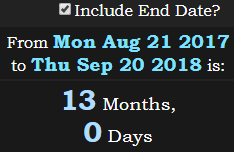 This event appears to be related to the 2017 Great American eclipse. Recall how 13 is a number of the divine feminine. This shooting occurred a span of exactly 13 months after the eclipse:

Aberdeen, where the disgruntled employee went off, is in Harford County, Maryland

Snochia has matching gematria with eclipse across all four base methods:

The governor of Maryland, who was in his 119th day since his most recent birthday, is named Larry Hogan

Not including the end date, Hogan has been in office for 191 weeks, 1 day:

Hogan was born in ’56
In Reduction, Larry Hogan sums to 56

On the date of the shooting, Hogan had been in office for a span of exactly 44 months: 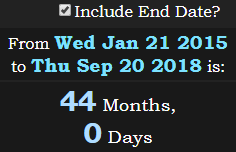 The shooting fell on a date with 38 numerology:

The 38th Prime number is 163, matching the name of the shooter.