Today has full numerology of 52, matching the location of the tragedy:

In the Reverse method, Bologna, Italy sums to 65

Today is 65 days after Republic Day in Italy:

This explosion of a gas tanker on an Italian highway falls on the date leaving 147 days in the year:

It’s being said that 67 people were injured in addition to the three killed:

67 is a number I commonly talk about, such as in my very last post

67 is the 19th prime number, syncing up with the Jewish gematria of the Mayor of Bologna, Virginio Merola

It’s been 86 months since the Mayor took office

The date is written 6/8 in Italy. Today marks 6 months, 8 days until Merola’s birthday:

The president of Italy is Sergio Mattarella.

The site of the accident was Bologna Casalecchio

In Reduction, the Headline has a frequent death number:

It’s been 2 months, 13 days since May 24th, which was the date that the mayor of Bologna, Virginio Merola, took office back in 2011:

The headline is 43 letters long

It’s a span of exactly 43 weeks until Republic Day in Italy, the national holiday: 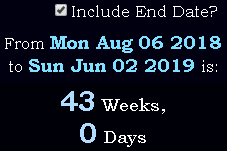 Bologna and gas tanker have gematria of 33. This also appears to get a tribute:

Think about how these numbers in the headline all tie to the crucifixion code. Jesus died on the cross at age 33