To fully understand this post, you’ll need to familiarize yourself with the ritual involving Apple Inc. reaching $1 trillion in value yesterday. See my post on that topic. Also see my post on how the Dodgers’ 21-5 win over the Brewers was a tribute to that story.

Elections, just like sports games, are planned out well in advance, and these “coincidences” are no exception.

Kane was elected as Mayor of Knox County, Tennessee. The county seat is Knoxville, the 3rd-most populated city in Tennessee.

He even won his primary election by 23 votes…

Recall how it was Clayton Edward Kershaw, whose contract is worth $215 million, who won a game that finished on the 215th day of the year by a score of 21-5 on the same day.

As I explained in both the linked posts above, the news involving Apple was a “Revelation” riddle in tribute to the Number of the Beast and the Mark of the Beast. Kane’s nickname in the WWE is “The Devil’s Favorite Demon.” The parallels to the Beast are easy to draw. 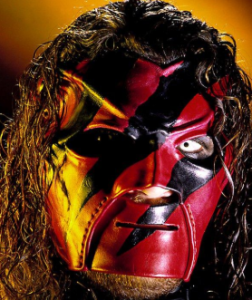 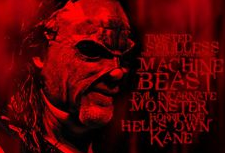 The gematria of both these phrases is highly-relevant to Kane assuming office:

The Beast is Time

The election occurred 97 days after Kane’s birthday. He was announced as the winner the next day, 98 days after his birthday.

The announcement also falls 3 months, 8 days after Kane’s birthday, and exactly 38 weeks before his next.

The man who is currently the Mayor of Knox County, Tim Burchett, who will be relinquishing his seat to Glenn Jacobs on September 1st, was exactly 19700 days old on the date of the election: