The same week Josh Hader got in trouble for old racist and homophobic Tweets he made in 2011 and 2012, director James Gunn has found himself without a job after some old off-color jokes he Tweeted re-surfaced.

This story is yet another step down the censorship agenda the media is pushing on us. The Tweets of both Josh Hader and James Gunn both happened close to a decade ago, but Gunn’s case is even more questionable because he has already apologized for the Tweets. Apparently, no one is allowed to make mistakes and discover who they are anymore.

It’s silly to think a company like Disney wouldn’t check the Twitter history of one of its directors before hiring them. As I often document, even as recently as my last post, the number 113 is commonly-stamped into fake news propaganda. It’s the media’s primary number of deception.

So we should be suspicious that James Gunn and his full name both have 113 gematria:

Guardians of the Galaxy and James Gunn’s full name share gematria of 22 in numerology:

Gunn was fired 2 weeks, 2 days before his birthday:

The 22nd prime number is 79, matching his birth numerology

The 33rd degree is the highest degree of Scottish Rite Masonry

In Jewish Ordinal, 33 sums to 148
James Gunn was born on the date leaving 148 days in the year

33 is the age Jesus was crucified at. Most of the time, when some is “sacrificed” in the media, there’s a numeric connection to Jesus

On the date he was fired, James Gunn was a span of exactly 51 years, 50 weeks old: 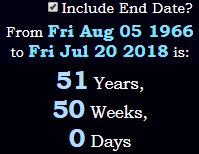 The firing came exactly 1460 days after the release of the first Guardians of the Galaxy film:

Jesus was crucified under a Total solar eclipse

The number 13 on its own is the primary ritual number. James Gunn sums to the 103rd prime number in English:

James Gunn was born on August 5th, written internationally as 5/8