Over the past day, we’ve gotten two stories about young girls being killed.

Notice the source for both of these stories – the POLICE. The liars-in-chief of this society built on fraud.

The goal of the news is not to inform, but to control our minds. There is scientific proof that reading bad news lowers one’s levels of happiness, and there are few types of news stories tougher to stomach than the deaths of innocent children.

As I’ve been exposing for a while now, just like the deaths of celebrities, fake news stories are constructed by the numbers of the crucifixion code that comes from the Bible. Both of these stories are carved out in this fashion.

First, the story about the 7-year-old girl. Allegedly, her dad was driving drunk and crashed into an abandoned vehicle. In an attempt to call for help, the girl was then struck by another vehicle driving on the freeway. How tragic, right?

This story comes out of Romulus, MI

Romulus is located on the 42nd parallel:

The New Testament begins with the 42 generations to Jesus. The 42nd prime number is 181

When you write out the number 42, it has Ordinal gematria of 142, just like the name of the victim:

Romulus is located on the 83rd meridian:

The highway she died on was Interstate 94

On the day before, Michigan’s governor, Rick Snyder, who was exactly 330 days after his birthday, had just completed his 393rd week in office:

Not enough evidence? Just look at the numbers they put in the story:

Next, the story about the 10-year-old girl who was allegedly gunned down in Washington, D.C. In this story, 4 masked gunman exited a black SUV and opened fire into a crowd of 10-15 people. Fortunately, this is not how real life works. Criminals simply don’t operate in this fashion.

But it gives the police a nice chance to throw something like this out there:

The shooting occurred on the 197th day of the year:

Wait…we have to work with the police to remove illegal firearms? No, that’s not how this works, officers. Isn’t every firearm in Washington D.C. an illegal one anyway?

Sounds like the right thing to do – remove illegal firearms, great idea. But what happens when they decide more and more of our firearms are illegal? It’s a slippery slope, and not one any of us should be ready to slide down, especially when their actions are predicated on fake news, such as this bullshit story.

The victim in this story is named Makiyah Wilson. First of all, her last name ends with son, and as I commonly say, the man and son are the two primary hoax words.

The date had full numerology of 61

Fortunately, the police got security camera footage of the suspects’ SUV. This should help the public nab the villains. Take a look for yourself:

This quality of evidence is quite typical for Washington, D.C. Don’t forget what they tried to pass off as an airplane striking the Pentagon on 9/11: 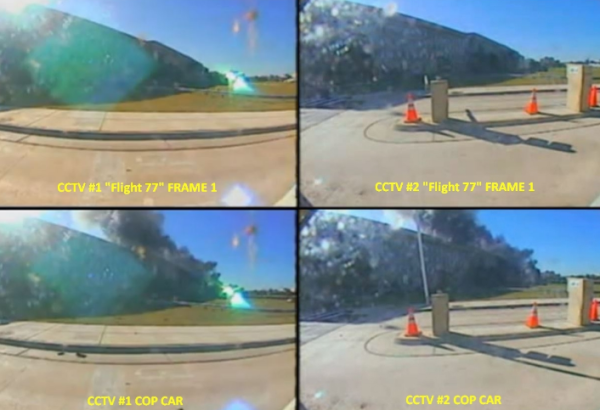