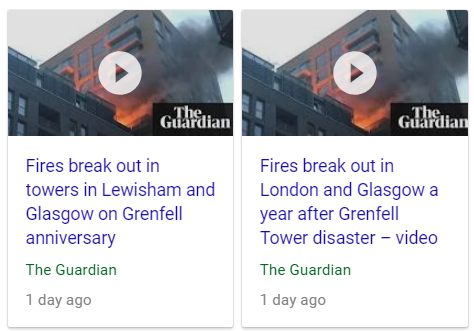 Last year on June 14th, the Grenfell Tower fire is said to have claimed 72 lives. This year on June 14th, simultaneous fires just happened to break out in London and Glasgow. Usually, I measure between dates to get a special number, but sometimes they make it easy for us and just say “fuck it – let’s just do the same date.”

There were 293 people residing in Grenfell Tower when it erupted into flames last year.

I guess I don’t have a whole lot more to say about numerology here. Why even bother when they do the same thing on the same date? I encourage you to check out the linked article at the top of this post and just see how many numbers they seem to toss out. My favorite part is at the end: