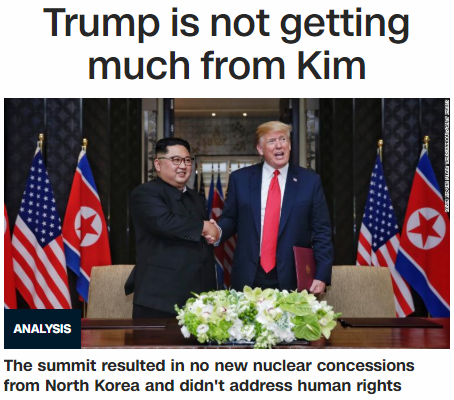 Yes, I believe the news is bread-and-circus, meaning that Donald Trump is an actor playing the role of “president”, and the media simply focuses on dividing the public based on his brash personality and unusual actions.

But I don’t know that. I spend my time providing all the evidence I can that the news is set up long in advance, and this appears to be the case. However, I sometimes provide a conflict to the stance by talking about the Organic Matrix and how our entire world is coded with this numerical system, whether or not any Freemasons had a hand in it.

Anyway, my goal is ultimately to build enough mistrust in the media that it holds no power over the people to affect their minds, because they’ve proven over and over again they are not honest and should have their rights to distribute “news” stripped, and if I had my way, they’d all pay harsh penalties. So I just wanted to give this example of absurd news reporting:

Just several weeks ago, CNN and other outlets would have you thinking Kim Jong-un was the devil, and is the #1 or #2 enemy of our country. Now, the President has become the first U.S. leader to not just speak to, but sit down in person with a North Korean leader since the Korean war ended in 1953, and make some progress. This is news an honest outlet would celebrate – yet for CNN, this isn’t enough.

The primary ritual code for the Masons is 13

Even if you combine the two headlines, you get a pretty relevant number: