This post will discuss the story of fashion designer Kate Spade, who died today, June 5th, at the age of fifty-five

Her suicide falls 4 months, 5 days after the most recent Total lunar eclipse

This even extends to the Hebrew language, where both Total eclipse and solar eclipse sum to 83

As I’ve been exposing since I started this blog, the “eclipse code” is the algorithm for sacrifice rituals, and it employs gematria, date numerology, and date-to-date durations.

What’s impossible to know is who….or what…is carrying out these rituals. Regardless of whether or not this is simply the code of the “Matrix” we live inside of, or if these people are truly being sacrificed, I find it of great importance that the honest people left in our society pick up on this fact about our reality and continue to seek the truth.

The eclipse code has origins in the Bible. The story of Christ is, in essence, a story about the most significant eclipse sacrifice ever.

When Jesus was crucified, he was 33 years old. When spelled out, this number has matching gematria with ritual human sacrifice. Also of great interest is that the disciple who betrayed Jesus also has this same number of 895 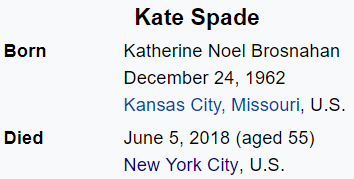 Notice how she was born on December 24th, Christmas Eve, the day before Christians celebrate the birth of Jesus, when most people are singing carols like Noel Noel, her middle name.

Again, Christ was 33 years old when he was crucified

Should we be surprised that her name also has this number?

In English Reduction, “Eclipse” sums to 33. The gematria of “thirty-three” in the alphabetic order ties is right back to the Hebrew gematria of the word for “eclipse”.

This eclipse ritual occurred on June 5th, the 156th day of the year, in New York, New York

This means it’s the date leaving 209 days in the year, which is the Hebrew value for solar eclipse

In English, total solar eclipse sums to 202. In numerology, zeros are ignored, so this reflects today’s reduced date numerology.

If you measure from the date of her death to December 24th, which would have been her next birthday, you find it’s 202 days

In Jewish gematria, ritual human sacrifice sums to 202 in Ordinal

Measuring instead to the next total lunar eclipse on July 27th, we find she died 1 month, 22 days shy of that date:

If you instead measure from the Great American eclipse from August of last year, which will remain to be the most recent total solar eclipse until July of 2019, you find today marks a span of 289 days

Kate Spade lived for 20,252 days. This syncs up nicely with the reverse ordinal value of fashion designer

The terms sacrifice and ritual sacrifice sum to 73 in Ordinal and Reduction, respectively.

And also 7 weeks, 3 days before the next total lunar eclipse:

In English Reduction, her full name at birth sums to 103, which is the value of ritual human sacrifice with the S exception.

103, in numerology, reflects the number 13, which is the primary ritual code.

Her widower is named Andrew Spade

So perhaps this helps explain all the 45‘s I began the post with?

In Hebrew, “The Moon” sums to 223, like the number of synodic months in a Saros cycle. This matches the Hebrew value for Fashion designer Kate Spade

Remember when man is said to have first landed on the Moon?

93 is another highly-significant number in the crucifixion of Jesus. See all you need to know about that number in this slide. So it’s interesting that Katherine Brosnahan, whose birth name already had 93 gematria, wound up opening a designer line called Frances Valentine. And just think of “Valentine” in regards to all the Valentine symbolism this year…

In ordinal, the number 93 matches the Hebrew value for the word circle

The simplest equation for a close approximation of pi is 22÷7. The Hebrew phrase for “Total eclipse” sums to 227

Kate Spade’s brother-in-law was comedian David Spade. Interestingly, he has a 7/22 birthday
7÷22 = 0.318…
The second coming of Christ is mentioned 318 times in the New Testament
Kate Spade has died 318 days after David Spade’s birthday