This is certainly not the only case going on right now involving a set of parents and one of their children. Yet for some reason, out of however many dozens of thousands of court cases going on right now, CNN has decided this one deserves not only front-page blurbs, but a dedicated reporter to go visit the home on the day the man was forced to move out.

So is this really just about a grown man finally moving out from under his parents’ roof? Of course not. I’m not sure whether or not this story serves any agenda – I think it might just be outright mockery of the millions of young goyim adults aged 18-30 who are still living with their folks.

If you’re still in that age range and living with your parents, don’t fret, truth-seeker. This mockery is more of a celebration of how far they’ve come in removing individual freedoms from the slave class, so much so to the point that grown men and women are working full-time and still can’t afford to move out and have any spending or saving cash. That being said…some people stick around for way too long.

The author of this blog moved out at 18 from his parents’, only to return 6 months later for a little over a year. By age 20, I was out of the house for good. Although, considering the financial situation I was in at the time, I can’t blame anyone for sticking around a little longer.

Anyway, this is a story about a 30-year-old man named Michael Rotondo. On May 22nd, he was ordered to move out of his parents’ house by a judge, and on June 1st, we received an update (thank God!) from CNN telling us he had officially vacated the premises.

Does the name Michael Rotondo sound familiar to you? It might. I was (am) a pro wrestling fan so this definitely sticks out to me. 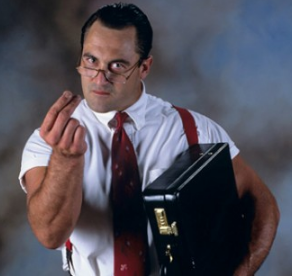 The man in this news story has a slight twist on Rotunda’s name: 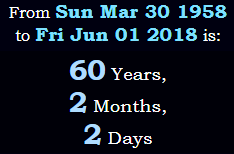 The date Michael Rotondo’s parents asked him to move out was February 2nd, the 33rd day of the year:

That notice reads as follows:

Michael Rotunda has moved out 3 months, 30 days after he received the eviction notice.

The last 3 digits of 2213 also stand out for a different reason. Today is the date leaving 213 days in the year.

Windham Rotunda is the son of Mike Rotunda. Think about all the parallels here – a story about a man who won’t leave his parents’ house, related to a real-life guy whose kids took after him in the wrestling business.
You might know Windham better as Bray Wyatt. So better still, it’s a family dispute, and Bray Wyatt was part of the Wyatt Family in WWE his entire career up until this past year.

Would you believe that – Bray Wyatt’s last day as a 30-year-old was on the date May 22nd, the same day that 30-year-old Michael Rotondo lost his court case.

Windham’s brother and Mike’s other son, Taylor Rotunda, also wrestles in the WWE and goes by the name Bo Dallas. His birthday falls on May 25th, just two days after Bray’s, and three days after the court trial ended.

I guess it’s also worth noting that Bray Wyatt debuted alongside the Wyatt Family, which is no longer a faction, but was up until this past year. Seems relevant in regards to this story about a family in turmoil.

The judge’s name in this case is

Perhaps this is why the story comes out of Camillus, New York

This feels like one to tell your friends about.

Measuring from February 2nd, the date his parents issued the Eviction notice, to the date he moved out was exactly 119 days