Looks like another serial killer fairy tale. Even these guys on the Tin Foil Hat podcast said the story was “straight out of a movie.”

His court saga began on July 22nd, the date written internationally as 7/22, in the year ’88, when jury selection began.

His second murder, which was the first one recognized as having been committed by the Night Stalker, was a span of 80 days later, in his 8887th day alive:

The trial had some unexpected drama when one of the jurors was found shot dead in her hotel room. It turned out the crime was unrelated, but still shook the courtroom and gave the case an extra level of drama.

It was the date leaving 139 days in the year:

13 is the primary ritual / hoax code

He would end up dying from B-cell lymphoma in the year ’13, 99 days after his birthday.

He was convicted of 13 counts of murder:

Richard Ramirez was born on a date with 92 numerology: 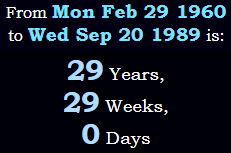 His date of birth had reduced numerology of 29

Richard was also born on a date with 47 numerology