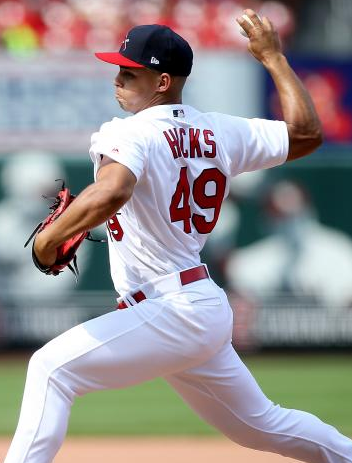 Measuring from the date he threw his 105.1 MPH pitch, to the date of his next birthday, gives us exactly 108 days:

Recall, Albert Pujols was also 108 days after his birthday when he recorded his 3,000th hit earlier this season.

There are 108 double-stitches on a baseball.

Interesting note about the 88 inches as well, I never noticed that. This number has also been significant to the Cubs, who broke a 108-year curse to win the World Series in 2016.

The equipment responsible for measuring this data is called Statcast

Jordan Hicks “eclipsed” the record, held by Aroldis Chapman of the New York Yankees. He did so 257 days after his most recent birthday:

His feat comes exactly 39 weeks after the Great American total solar eclipse of 2017: